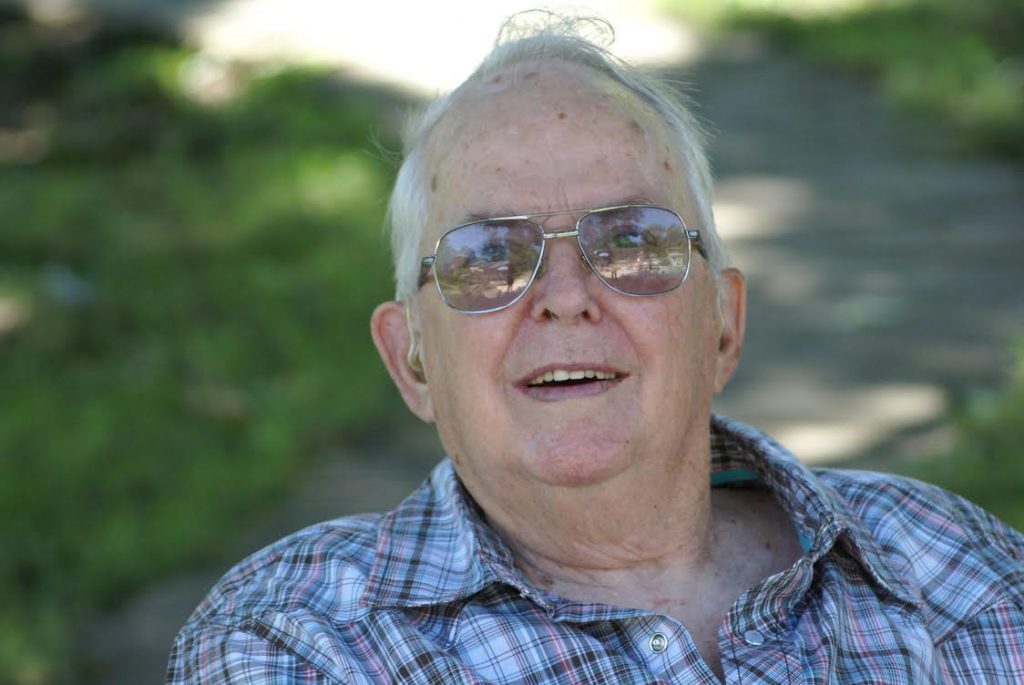 Neil Edwin Guenther, 81, of Lee’s Summit, Missouri, passed away peacefully in his home on April 21, 2018.  A memorial service will be held at 6:30pm, Wednesday, April 25, 2018 at Midtown Baptist Temple in Kansas City, Missouri.
Neil was the 5th son born to Fred Arthur and Sarah Alice Guenther on December 31, 1936 in Yates Center, KS.  He lived in Yates Center until he entered the Air Force in 1958.  He was stationed part of that time in Thule Air Base in Greenland.  He was honorably discharged in 1961.
He married Mary Ruth Griffith on July 22, 1960.  He and Mary moved to Lee’s Summit in 1965 where he began working at Western Electric and continued working there until 1994.
Neil is preceded in death by his brothers Fred (Jr.), Ronnie (Wimp), Dave, Larry (Pooch), and sister Norma who died in infancy.  He is survived by his brother Tom, children Kyle, Brian, and Stacie, grandchildren Uriah, Derek, Abishai, Ashley, Brent, Amy, Marlee, Joel, Silas, and Jezreel, and great grandson Zebedee.