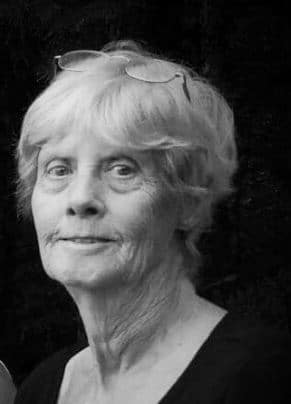 Noel Frances (Skippy) Blauw, 80, formerly of Lake Tapawingo, Mo passed away at St. Mary’s Manor, Blue Springs on April 27, 2017. Skippy was born in Poplar Bluff, Mo to Noel and Louise (Hensley) Burrows on June 12, 1936. After graduating from Fremont High School in 1954 she moved to Kansas City and started working for Hallmark Cards. In 1958 she married John A. Blauw and they had four children, Gretchen Bjorvatn, John Burrows Blauw, Jennifer Blauw and Jerry Blauw.
After marriage she became a stay-at-home Mom. Later, out of her love of antiques she became co-owner of antique shops, conducting estate sales and at the request of many she would appraise their antiques. She was well known and respected in that circle.
She was preceded in death by her parents, husband of 30 years and daughters Gretchen and Jennifer. She is survived by her two sons, John Blauw (Barbara) of Leawood and Jerry Blauw of Blue Springs. Grandchildren Jesse Blauw, Jackson Blauw, Ellie Bjorvatn, Stein Bjorvatn and Victoria Bjorvatn. Siblings Nancy Blauw (Jerry) Indianapolis, IN, Jack Burrows (Carolyn) of Van Buren, MO, and Sally Hile (Mike) of Shawnee, KS. Many nieces, nephews, cousins and her very dear friends Timmie and Bruce Trask.
Skippy had a huge heart and had many friends. Through her two-year battle with cancer she never complained and was a favorite among her hospice nurses and caretakers at St. Mary’s Manor and to them we say thank you for the wonderful care during her time there.
At her request, there will be no memorial service. A celebration of life will be held at a later date. Cremation services provided by Heartland Cremation, Raytown, MO.