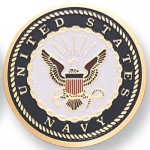 Oscar Uel Blank, 93, of Columbia died on Saturday, November 29, 2014. A memorial service will be held at Columbia United Church of Christ at 11 am on Saturday, January 17, 2015. Uel was born on April 26, 1921 in Prairie Home, Missouri and graduated from Prairie Home High School. He graduated from the University of Missouri in 1941 and served as a Lieutenant in the Navy during World War II. He completed a Masters in agricultural economics at the University of Minnesota and a PhD at Michigan State University. He served with the agricultural extension service in Missouri, Michigan, and Minnesota. Uel married Vernie Backhaus in July 1950 and they had two children, Grant and Rebecca. After his retirement from the University of Minnesota, he returned to Columbia in 1983. He and Vernie were active in the community. They helped found the local Habitat for Humanity chapter, where Uel served as President and helped create the ReStore. He was active in the Peace Studies program at the University of Missouri, helped organize the local Veterans for Peace chapter, and was active in the Columbia United Church of Christ. He is preceded in death by his parents Oscar and Louise Blank, his brother Homer, and his sister Margaret. He is survived by his wife Vernie; his son Grant in Oxford, England, daughter-in-law Denise Carter Blank, granddaughters Petra and Mara Blank; and by his daughter Rebecca Blank in Madison, Wisconsin, son-in-law Hanns Kuttner, and granddaughter Emily Kuttner. Memorial contributions are suggested to Show-Me Central Habitat for Humanity, 1906 Monroe St, Columbia, MO 65201.