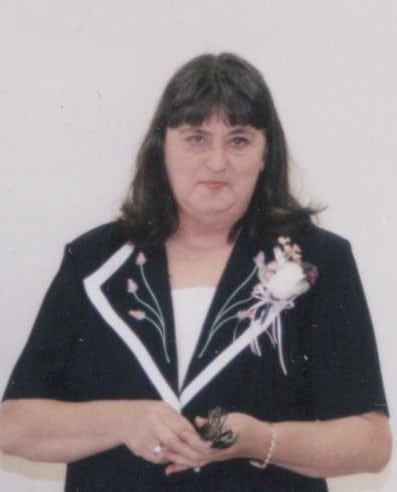 Patricia “Pat” Thomas, 65, of Franklin, MO died peacefully, January 26, 2015 at University Hospital. Visitation will be held Thursday, January 29, 2015 from 6-8pm at Bible Baptist Church, 4001 Highway 5, New Franklin, MO 65274. A memorial service will be held at the church at 11am, Friday, January 30, 2015. Pat was born on April 28, 1949 in Boonville, MO to the late William and Elizabeth (Day) Larm. She married William Ray Thomas on February 12, 1994, who survives her of the home. Pat was a very hard worker who worked for numerous companies including MFA Insurance, Wal-Mart, Toastmaster, Nordyne, and cared for many children for over 10 years. She was a faithful servant to the Lord and was saved on August 19, 2001. Her hobbies included cooking and gardening. She was a loving mother and cared greatly for her children. Her dog Peanut was also very special to her. Survivors include five children; Tabatha (Ted) Townlain; Susan (Eddie) Pitts; Missy (Cory) Peery, all of Franklin, MO; Rexanna Thomas, Ray (Lisa) Thomas all of Fayette, MO; one brother; Edward Larm of Boonville, one sister, Martha Vollrath of Sedalia; 13 grandchildren, and 2 great-grandchildren as well as many nieces, nephews, and friends. She is also preceded in death by two brothers. Memorials are requested to the family of Pat Thomas, which may be left or sent to the church.