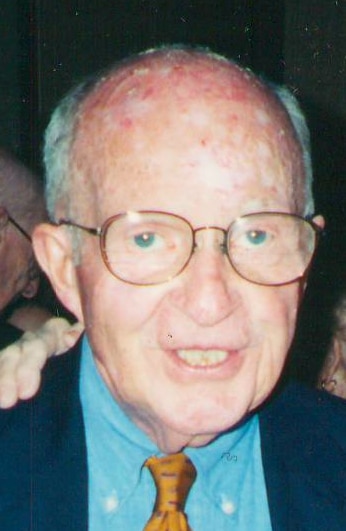 Perry G. Parrigin, a widely known and well-respected member of the Columbia music community and a resident of Columbia for 60 years, passed away Thursday, December 26, 2013, at The Neighborhoods by Tiger Place. He was 88 years old.

A memorial service will be held at 2:00 p.m. on Saturday, March 22, 2014 at the Missouri United Methodist Church in Columbia.

Perry grew up in Paintsville, Kentucky, the second son of Lyman and Bess Parrigin. He received his A.B. in music from the University of Kentucky in 1947 and his M.M. degree in organ from Indiana University in 1949. Following two years of military service at Fort Knox, where he served as a chaplain’s assistant, he undertook  post-graduate studies at IU. He also studied at the School of Sacred Music at Union Theological Seminary in New York under Dr. Robert Baker, one of the nation’s leading teachers, as well as at the University of Colorado.

In 1953 Perry moved to Columbia after accepting an offer to teach music theory and organ at the University of Missouri. He remained with the University until 1989, when he retired as Professor Emeritus. Also in 1953, he became the organist and choirmaster at the Missouri United Methodist Church. He remained there until 1963 and, after serving at other churches in Columbia, he was invited to return to MUMC as organist in 1980, a role he held until stepping down in 1997. During his tenure at MUMC he oversaw the renovation and expansion of the church’s Skinner pipe organ, one of the finest pipe organs in the Midwest. In 2000 MUMC honored Perry by naming him Organist Emeritus.
Perry’s proud legacy as a professor of music includes hundreds of students, many of whom have served churches in Missouri and throughout the country. He imparted practical skills so that his students not only could perform well in recitals but also possess the ability to accommodate various worship styles. Outside the classroom he was called on to play at countless weddings, a testament both to his skills as a performer and to the high esteem in which he was held in the community. But whether encountered in or out of the classroom, Perry displayed a dry sense of humor and a quick wit, as well as a capacity for building and maintaining lasting friendships. A longtime member of the Kiwanis Club, he will be remembered as a fine Christian man and a true gentleman. His passing marks the end of an era. He will be sorely missed by many.
Perry is survived by his nieces, Susan Akitt, Sally Hilton, Stacy Roney, and Patricia Phelps, and nephews, Lyman Parrigin, III and Jerry Phelps, Jr. Perry was preceded in death by his beloved wife Elizabeth “Betty” Parrigin (nee Ellington), who died in 2007. They were married for 32 years.  In addition to his wife Betty, he was predeceased by his brother, Lyman Parrigin, Jr., and nephew Michael Phelps. Perry’s sister, Anne Phelps, passed away very recently.
In lieu of flowers, memorial contributions can be sent to the Central Missouri Chapter, AGO (the American Guild of Organists), 2314 Ridgemont Street, Columbia, MO 65203-1542.