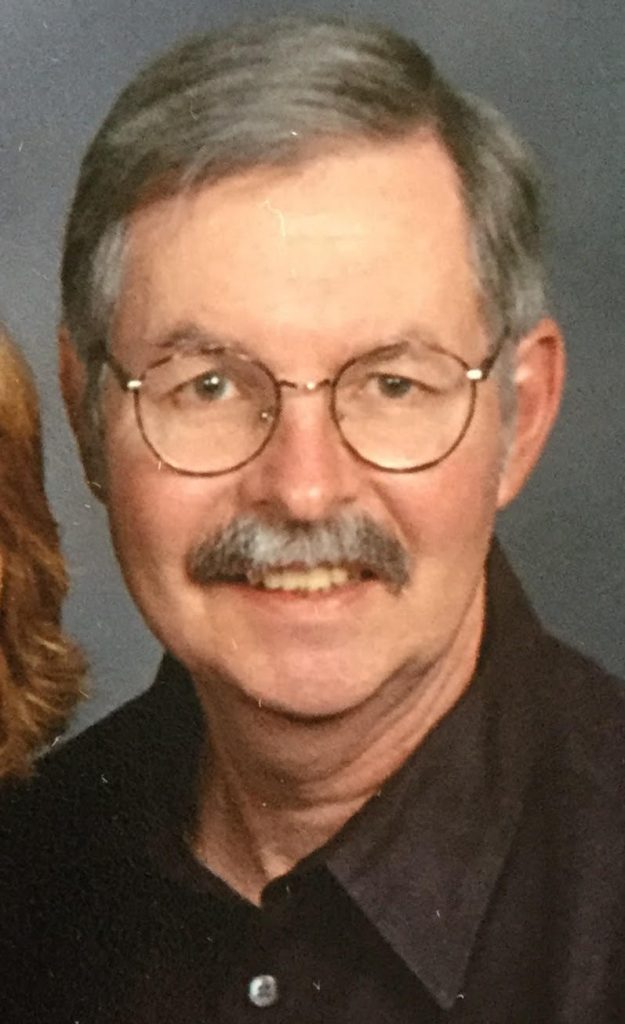 Peter McDonald, 72, of Columbia, Missouri, passed away on February 28, 2021, after an 18-year battle with Parkinson’s disease.

Pete was born in Evansville, Indiana, to Robert Jackson and Mary Kathleen (Kelly) McDonald. He graduated from the University of Missouri in 1970 and served in the US Army at Fort Hood, Texas, from 1971 to 1973. He married Pat Schmittgens in 1972.

After his Army service, Pete taught algebra at the base stockade,  while Pat finished her teaching contract. They then moved to Columbia and he worked at the Truman VA Hospital. Pete spent the majority of his career there before retiring in 2001.

Pete was a dedicated choral singer. He sang with the MU Choral Union for over 40 years, along with the Columbia Chorale and the Sacred Heart Church choir.  He was able to join the church choir on 2 occasions when they sang at Carnegie Hall.   He loved every minute of singing, and the joy on his face was something to see! Long after his disease had taken his ability to speak clearly, his brain still allowed him to sing, so he joined the Music in Me Parkinson’s singers. His last time to sing with them was Christmas of 2019, when he surprised Pat with a solo.

Pete was also passionate about cycling. He rode his bike to work nearly every day and took rides for pleasure in his free time. He and Pat took bike trips in the United States, Canada, and France. He also was a runner for a number of years, which only strengthened his biking muscles. Though Parkinson’s seriously  affected his mobility, he bought a recumbent CatTrike and was able to continue his riding even when walking became nearly impossible. He was often seen zipping around the neighborhood and on the trails.

Pete was a kind, loving, clever man with a wicked—and sometimes surprising—sense of humor. Life with him was never dull; he pulled pranks on everyone, including his then-young children. It was a common occurrence for them to find stuffed animals locked in wrestling holds or stuck in drawers. Garden produce appeared under their pillows, but they always knew who the culprit was.

In addition to his wife, Pat, Pete is survived by his daughter, Jenny (Cory McCarter) of Columbia; his son, Bernie (Tori) of Madison, Wisconsin; his sister, Sarah (Jim) Wallace of St. Louis, and many nieces and nephews.  He was preceded in death by his parents and his brother, John McDonald.

The family would like to thank: Home Instead Senior Care of Columbia, whose special caregivers allowed Pete to live at home for most of his illness; the wonderful and diligent people of Hospice Compassus Columbia and Hospice Compassus Jefferson City; and the Villa Marie caregivers, whose affection and kindness helped Pete feel comfortable and loved in his final months.

Pete’s family has created a website so that everyone may enjoy photos and share stories. Please visit and contribute! https://peterjacksonmcdonald.com/