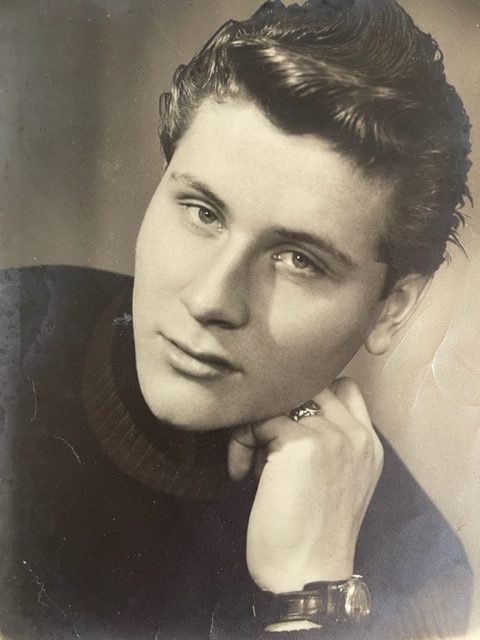 Ralph Otto Schmidt, born March 25th, 1935, passed away on May 12th, 2022 at Centerpoint Medical Center in Independence, MO with his loving daughters Heidi Schmidt and Jackie Stump by his side.

Visitation will be held at 10:00 am on June 2nd, followed by a memorial service at 11:00 am. Services will be held at Heartland Cremation and Burial Society, 6113 Blue Ridge Blvd, Raytown, MO 64133. If you are unable to attend, you may view Ralph’s service by clicking on the following link. https://view.oneroomstreaming.com/authorise.php?k=1654039795187323

Ralph was born in Hannover, Germany to Agnes and Otto Schmidt. As a young boy, he grew up during World War II, along with his sister Edith. He was 10 years old when the war ended. For the next few years as his city was rebuilt from the war, he and his family survived on rations. He told stories about the kindness and generosity of American soldiers during this time, which is when he developed his love for America. From the age of 14 until 18 he attended vocational school in Hannover where he learned the trade of auto mechanics. He worked in Germany for one year until he applied for a United States Visa. On January 28, 1955 Ralph stepped foot on American soil and lived in the Kansas City area the remainder of his life.

Ralph served in the United States Air Force from 1957 to 1963. During this time he was based in Florida and also served in the Korean War. He married Judith (Judy) Diane Howe, and together, they had four children, Machelle Diane, Mark Otto, Jacqueline Rene and Heidi Jo. On September 28, 1966, he became a United States citizen. He and Judy were married until 1972. On July 20, 1974 he was remarried to Barbara Lee. Ralph and Barbara remained married until her passing in January 2004.

Ralph worked in the auto industry his entire career and was considered an expert in his field. He served on the Art Bunker/Bob Hindson racing team in the late sixties and continued his work over the years, which included Hafkemeyer BMW, Star Motors and Baron BMW. After retirement, Ralph and Barbara traveled in their RV and took up residence in Florida until moving back to Kansas City in 2003. For the past 15 years, Ralph worked at Cosentino’s Apple Market in Independence, MO, sacking groceries, where he was known and loved by so many employees and customers.

Anyone who knew Ralph also knew that his sense of humor was one of his best qualities. He always made everyone laugh with his endless stories and jokes. He also shared so many stories of his homeland in Germany, the war, and the family and friends who remained there. He loved his country, fishing, golfing, chess, the ocean, dachshunds and mostly loved God and his children and grandchildren.

We love you and miss you, Dad. We are grateful to God for giving you to us. Rest peacefully sweet man. No more fear, no more worry, no more pain. Until we meet again……..