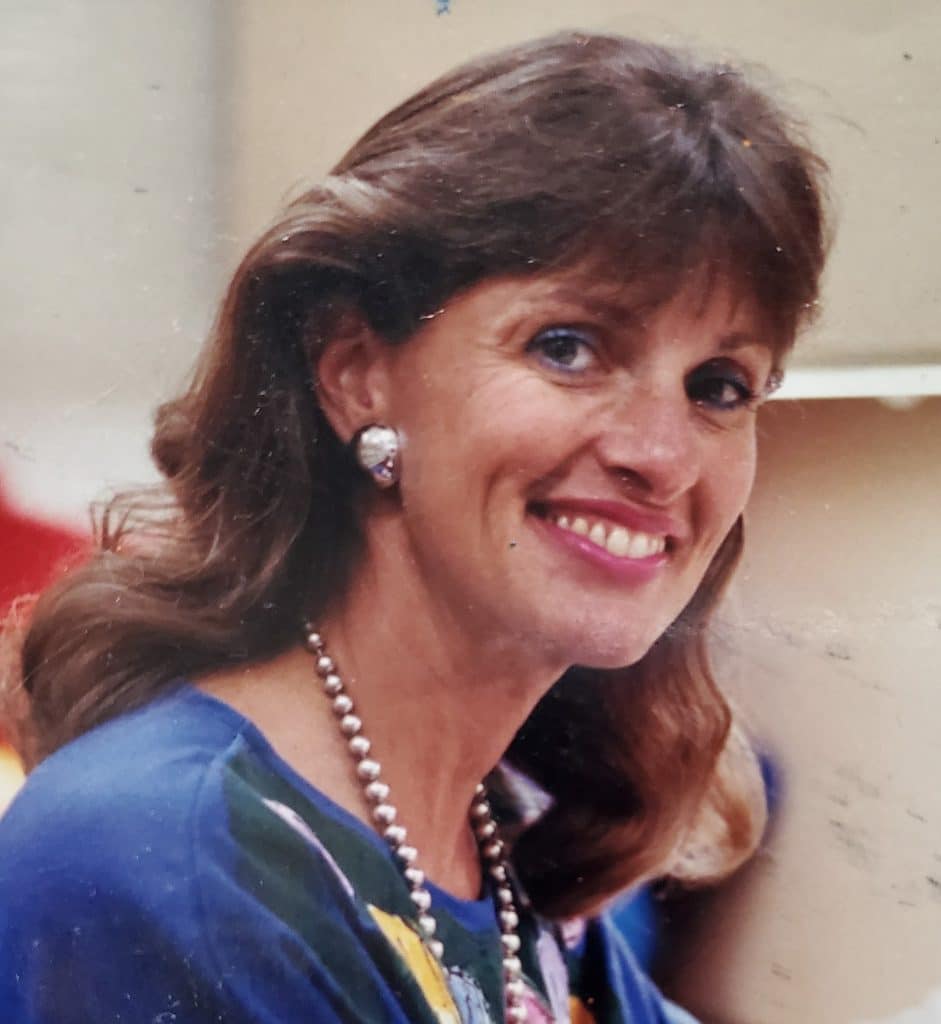 Regina “Regi” (Taylor) Ahrens, 72, of Mission Hills, Kansas, passed away on October 23, 2019.  Regi was born in November 1946 to James and VaNeta (Wyatt) Taylor in Kansas City, MO.  Raised by a village of families in the Hale Cook Elementary, Bingham Middle and Southwest High Schools areas, Regi excelled in all facets of schooling.  At Mizzou Regi majored in art education and was a Golden Girl and member of Kappa Alpha Theta Sorority.  Regi was the art teacher for Eastwood Hills School in the Raytown School District 1968-1972.  She became very active in tennis and rehabbed homes.  She was a member of the Junior League of Kansas City 1972-1986, on the board of directors of the Kansas City Zoo 1983-1985 and taught art classes to children through the John Wornall House Museum, Johnson County Libraries and The Nelson-Atkins Museum of Art 1973-1979. In 1979 she became the project designer at Hallmark Card’s Kaleidoscope.  In 1985 she became the administrator of Kaleidoscope, a role in which she continued until retiring in 2014.  Under her incredible and dedicated leadership, with the strong support of the Hall Family, Kaleidoscope became THE destination in the region for children to express their creativity.  In 1992 Regi married Chris Ahrens, with whom she enjoyed many years at Lake Lotawana, travels to various locations around the world and within the US, and time with children and grandchildren.  Regi is survived by her husband Chris, daughters Shannon (Lance) LeMay (grandchildren Lauren, Taylor, Finley, Georgia and Henry) and Allison (Brian) Bloch (grandchildren Macy, Charlotte and Harrison), Chris’s daughters, Jennifer Ahrens and Rebecca (David) Bushong (grandchildren Emerson and Easton), Regi’s sister, Patricia (Paul) McLynch, and wonderful nieces, nephews, grandnieces and grandnephews. Regi was preceded in death by her parents, her brother Rob (Becky) Taylor, and her former in-laws, Floyd and Nellie Early (who Regi felt were her true parents).  Regi fought several serious illnesses, breast cancer and blood cancers polycythemia vera and myeloid fibrosis.  As her prognosis with myeloid fibrosis worsened, Regi chose to undergo a bone marrow transplant in the hope of adding time to continue her many experiences and time with family.  Complications from the transplant proved too much.  Regi lived life boldly and expressed herself through art, either by direct expression or teaching others. Her art was varied, from steel pieces she welded and forged, to incredibly bright colors reflected in her fashion, beads, flower gardens, mosaic countertops, mosaiced glass pieces, and walls of her homes. Everything she did she did with flair and a joy in living. Regi will live on through her many accomplishments and in the hearts and memories of her family and many circles of friends:  Southwest High, Mizzou, tennis, sorority, Hallmark Cards, Prairie Planters and Social Butterflies at Lake Lotawana.  Her beautiful smile, incredible creativity, love of color and all-embracing disposition will never be forgotten.  Her family wishes to especially thank her many friends for their love and support and the doctors, nurses and staff of the hematologic oncology and blood and marrow transplant departments of The University of Kansas Health System, units 41 and 42 at The University of Kansas Hospital and St. Luke’s Hospice House.  In lieu of flowers the family suggests donations to KC Pet Project, 4400 Raytown Road, Kansas City, MO 64129, Jackson County CASA, 2544 Holmes Road, Kansas City, MO 64108, or St. Luke’s Hospice House, 3516 Summit, Kansas City, MO 64111.  A Celebration of Regi’s Life will be held 3-6p on Saturday, November 16, at Indian Hills Country Club, 6847 Tomahawk Rd, Mission Hills, KS 66208.