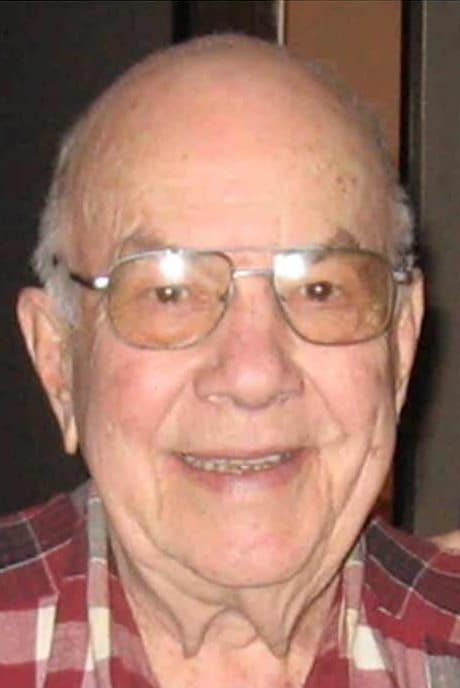 On Thursday, February 2nd, 2017 Richard Melchior was called by Jesus Christ to come home. Born March 10, 1928 in Algoma, Wisconsin, he was one of nine children, eight of them boys. “Dick” served in the United States Army from 1946 through 1947, and trained to be a baker at the Dunwoody Institute in Minneapolis. He moved to Kansas City in 1952 to open the Lucy Lynn Bakery and Party Shop. He met his wife, Mary Ann, at St. Agnes bowling alley. On July 31st, 1954 they became the first couple ever married at Christ the King Catholic Church in Kansas City. Dick was a humorous, humble, and very charitable man. He loved to make people laugh. He was an avid fisherman, a fierce cribbage competitor and sports fan. He loved going to garage sales. After his wife died in 1990, he learned to paint, and excelled in this. He volunteered at St. Joseph Medical Center for over 25 years as well as delivered meals on wheels until he was diagnosed with cancer in early 2016.He always tried to make everyone he met feel special, and when they would ask how he felt, he always said “glorious”. Dick was a member of the Fatima Choir, Knights of Columbus, and a lifelong active member of his church.
He was preceded in death by his wife, Mary Ann, his parents Leo and Petronella, his sister Jeanette Knipfer, brothers James, Father Frank and Jerome, grandson Richard Weber and great-granddaughter Lainey Knudsen. Surviving are his sons Mark (Jan) and Greg (Colleen), daughters Jan (Bob) Weber and Mary (Phil) Knudsen, grandchildren Sarah (Shawn) Estes, Mike (Jill) and Mark Knudsen, Scott (Alana) and Joe Melchior, Robert and Maridee Weber, his great-grandchildren McKenna, Carson, Luke, and Sutton, and another baby girl Knudsen due in July. Also surviving are brothers Robert (Dorothy), Leo, Tom (Marilyn) and Peter Melchior as well as a brother in law Francis (Betty) Boeding, many nieces and nephews, a host of wonderful friends, neighbors and church members.
The family requests that no flowers be sent. Visitation will be from 2-5PM on Sunday, February 5th, and viewing from 9:15 to 9:45 On Monday, February 6th, followed by Mass at Christ the King Catholic Church, 85th and Wornall, Kansas City, Missouri.
We will miss you dearly “Papa Dick”.