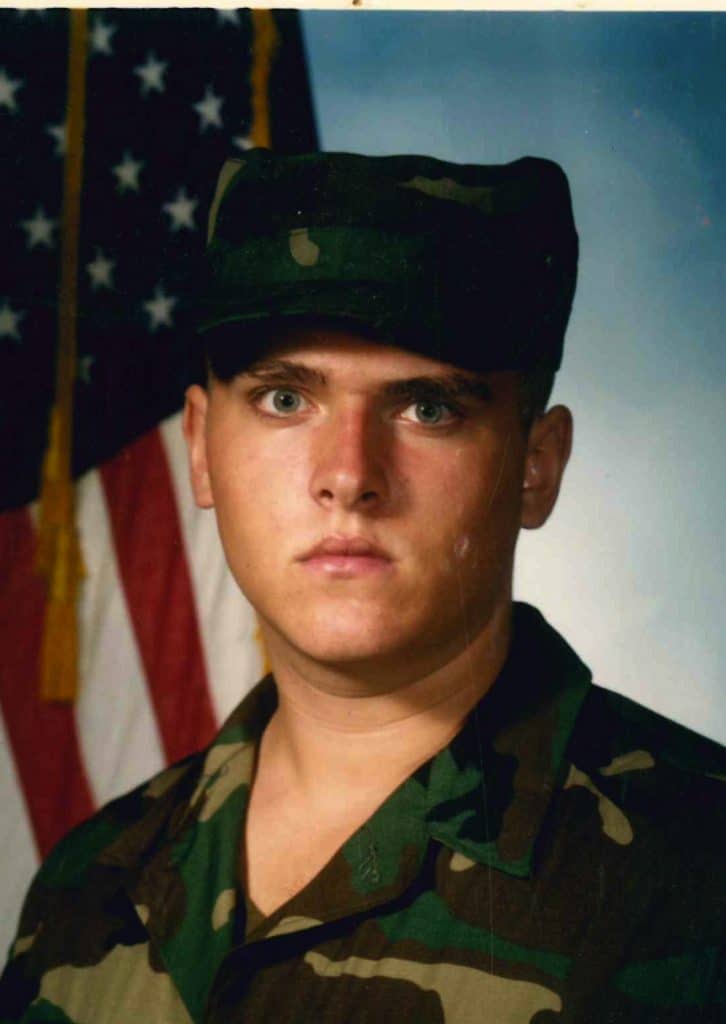 Rob was born at Richards-Gabour Air Force Base August 19, 1969. Rob graduated from Camdenton High School in 1987; after high school, he enlisted in the United States Army as an infantryman. Rob also served in the National Guard from 1998 to 2002.  Rob had worked as a roofer, truck driver, maintenance man, cable installer and in law enforcement. The career he loved the most was working at the VA Medical Center in Kansas City. He had a great deal of compassion for the veterans and especially for those who served in WWII. He intently listened to their stories and looked forward every day to helping to meet their needs. When one would pass he was grieved.

Rob loved being with his granddaughter Aniyah. She gave him a lot of joy. He enjoyed gardening and was very fond of his dogs. At a young age Rob accepted Jesus Christ as his personal Savior. The family knows he is at peace in the presence of his Savior. Many life issues were perplexing to him and he often struggled at times to see the answers to the issues clearly. There are no struggles in the presence of God. His struggles are over and the answers are now clear.

In lieu of flowers the family request donations to the VA Medical Center (for needs of veterans) in Kansas City; log on to the Medical Center web site and you can give via E-Donate. Rob had very strong feelings for the veteran’s needs.