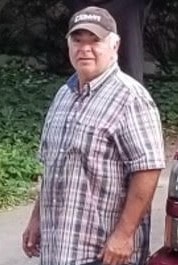 Robert Anthony Boleware 61, of Kansas City, Missouri passed away June 7th, 2021. Celebration of life will be at Heartland Cremation and Burial on Monday June 14th. Visitation will be held at 6pm. Funeral services will be held from 7-8pm. Family is requesting that everyone wear a mask to caution on the safe side. If you don’t have one, one will be available. To watch the funeral service live, please click ONLINE LINK

Robert AKA Boleware was a free spirit and believed there wasn’t any task that he couldn’t accomplish. He was a hard worker and was never one to sit still. He enjoyed his most recent job driving a forklift. He was very street and book smart. Once being introduced to the new age of technology, he really enjoyed scrolling through Facebook and watching unlimited Youtube videos. Some nights he liked to kick back, enjoy some beverages, turn up the country music and belt out the lyrics and would sometimes sing to his wife. In his prime years he would never leave the house without his cowboy boots on and made sure he waxed them every day. Robert loved his family very much and loved his grandchildren even more. He would take them to eat or to the gas station and give them whatever they wanted. With his older grandchildren, he would pull money out of his pocket and sometimes it would be 50 bucks. They loved him very much. He knew many people, had many friends and said hi to everyone. He helped anyone as much as he could whether it was working on a car, fixing a house, mowing a lawn, or taking care of a friend.