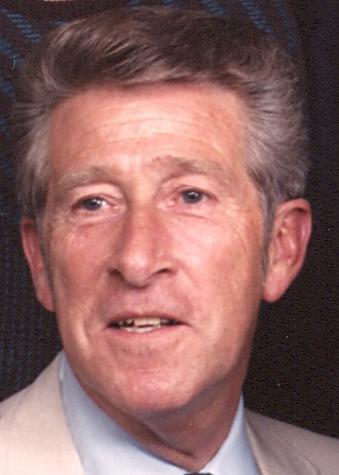 Bob Toler passed away peacefully Monday, October 27, 2014 at 10:50 a.m. with his immediate family nearby. He was 83 1/2 years old. After a long illness, his earthly journey came to an end, and he was received into the loving arms of his Savior, Jesus Christ.
Bob was born April 27, 1931 in Kansas City, MO to Martha (Barry) and Theodore Toler. Survivors include his wife, Norma D. (Frederick) Toler, and adult children, Gayle Toler (including 2 grand-cats and 1 grand-dog, each of which he loved) and Jeffrey Toler. He is also survived by siblings Shirley (Toler) Irwin and Don R. Toler (wife Nancy) and numerous nieces and nephews, and many, many friends.
He was preceded in death by his parents and siblings Layton E. Toler (wife Mary Ruth), Harold Toler (wife Marie), Mary L. (Toler) Ault (husband Loren F. “Salty” Ault), Earl P. Toler, Doris A. (Toler) Richardson (husband William H. “Bill” Richardson, Jr.), and baby daughter Melanie Jo Toler.
He was often called “Bobbie” and grew up in California, MO and Kansas City, MO. He attended Ashland Elementary and Milton Moore Schools in Kansas City, MO. In 1948, he graduated from East High School, Kansas City, MO, where he had served in ROTC.
As a young man, he belonged to a band of brothers who loved motor scooters called “The Rhodes”. He was also a member of the International Order of DeMolay.
He served in the Naval Air Reserve and was stationed at Olathe Naval Air Station during the Korean War.  He later worked for the BOP Aircraft Assembly plant.
For 26 years, he worked for Leo’s Petroleum Co. and was promoted to Vice President. After that he worked for several more years for Dulaney Realty and Maher Oil Co.
Bob was a member of the Raytown Jaycees, serving as Director, Vice President, and President.  He also served on the Raytown Park Board.
He received Jesus Christ at Kensington Avenue Baptist Church in his youth. He loved his family, friends, community, and was proud to be an American.
Bob’s family extends their thanks to all those friends and family members who have been so supportive throughout his illness and have visited and sent their love and prayers.
The family suggests contributions to Crossroads Hospice, 14310 E. 42nd Street South, Unit 600, Marketplace Shopping Center, Independence, MO 64055.