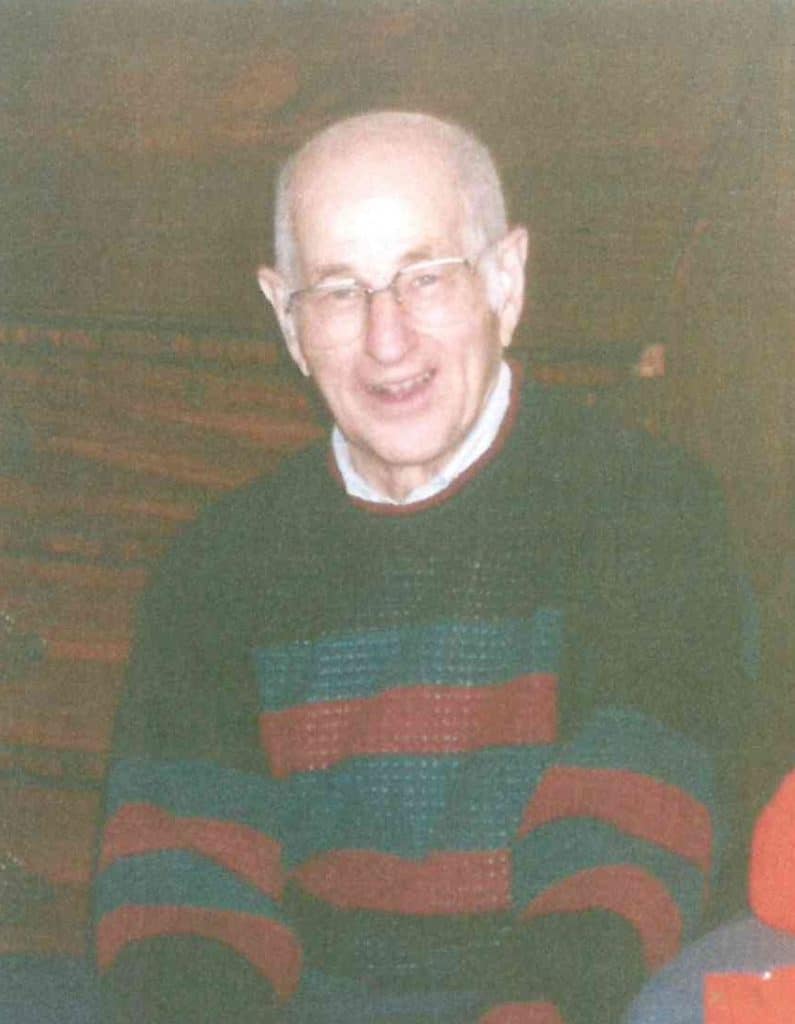 Robert Elton “Bob” King, 101, died of natural causes on Monday, July 27, 2020, at Kingswood Senior Living Community in Kansas City, Missouri. He was a most loving and beloved father and grandfather and a kind friend to all he met, a joyful and positive person. He loved to sing!

He was born in Coin, Iowa, the sixth of nine children of Elton Harold King and Mabel Irena Kent King, delivered by his grandfather, Dr. Allen King, as were each of his siblings. His siblings were: Kathryn, Frances, Kent, Connie, Virginia, Dorothy, Jackie and Billy.

After graduation from Coin High School in 1936, he worked for his father for several years as a carpenter and then attended college, graduating from the University of Iowa in 1943 with a B.S. Degree in Commerce, and from the University of Chicago in 1947 with an M.B.A. Degree in Marketing. On October 23, 1943, Bob and Alyce Mae Dunmire, also a Coin, Iowa “native”, were married in Chicago. To this union were born four children: Susan Irene 1945, Peggy Carol in 1948, Elizabeth Alice “Libby” in 1950 and William Robert “Bill” in 1956. Bob and Alyce were happily married for 70 years.

After college, Bob worked for several companies in the Chicago area-Dun & Bradstreet as an investigator, DePaul University as an instructor in Marketing, Elgin National Watch Company and Helene Curtis Industries Inc. in Market Research. In 1957 he was employed in Kansas City, Missouri by Butler Mfg. Company (Buildings Division) as Sales Analysis Manager. He retired from Butler in 1984, and continued to live in Kansas City.

In retirement Bob pursued many interests-travel with his dear wife Alyce, horticulture, and much writing-including a 1300 page book about the Genealogy of his King line.

Throughout his life, he was devoted to Christian principles, living his faith in many ways, including Sunday School teaching and Care visits. He had been a member of Country Club Christian Church in Kansas City since 1996.

He was preceded in death by his beloved wife, Alyce, on June 4, 2014, and by his dear daughter, Peggy (Gary) Foote, on May 18, 2013.  He is survived by his children: Susan (Don) Krueger of Lee’s Summit, Missouri, Libby (Ron) Kinder of Colorado Springs, Colorado, and Bill King of Kansas City, Missouri. Also by four grandchildren: Keith Krueger, Fred Krueger (Nicole), Becky Kinder Mayer, and Joe (Lindsey) Kinder. And by one great-granddaughter, Tess Mayer.

A memorial service will be held at a later date. Burial will be at Elmwood Cemetery in Coin, Iowa. Memorial contributions may be made in memory of Bob King to Country Club Christian Church, 6101 Ward Parkway, Kansas City, Missouri 64133.

Condolences may be offered at heartlandcremation.com