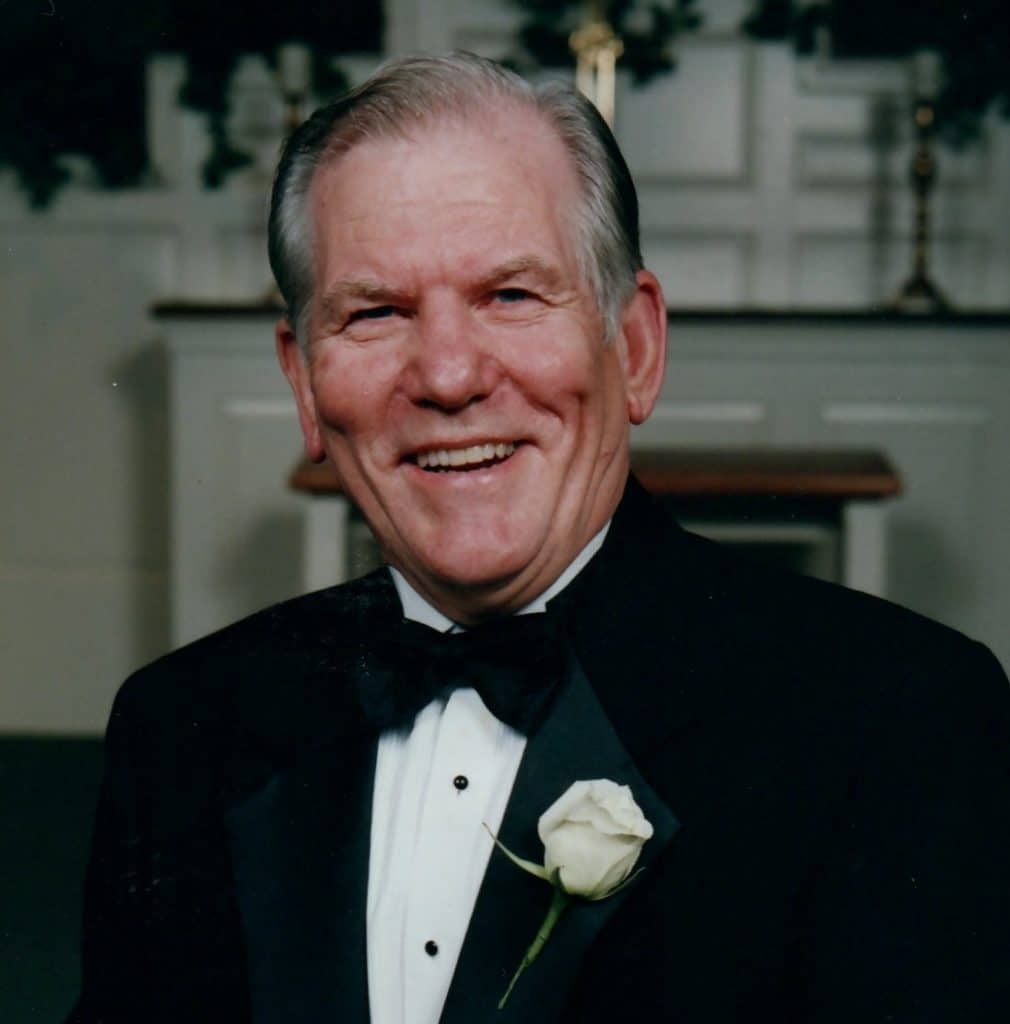 He was born in Prescott, Kansas on January 26, 1927 to Edgar and Mary Mealman. Bob grew up in Rosedale and attended Argentine High School. The day after his graduation, he went into the US Army to fight in WWII and spent most of his time in Italy. Upon returning to the USA, he worked at the A&P Grocers. This is where he met the love of his life Kathleen Cox Mealman.

Bob and Kathleen were married for 69 years and have two daughters, Linda Hughes and Lisa Faubion. He worked for A&P for 35 years and was a Store Manager. In 1977 he opened the A&P store at Metcalf 103, which was the largest grocery store in Kansas City at that time. When A&P left Kansas City, Bob went to work for  Wolferman Specialty Grocers and opened his store in Fairway. He worked there, until Wolferman closed at that location. Following the Wolferman closing,  he went to work for Kimberly Clark in sales for the next 15 years.

During those 15 years, he started his own produce business “Bob’s Produce”. He was one of the original vendors at the Overland Park Farmers Market and had a booth for over 20 years. At the Farmers Market, Bob was known as the “Green Bean King”. During the last ten years of his life, he sold produce at Nate’s Swap Shop until November 2017.

Bob had a very full life and enjoyed traveling with his wife and daughters. Later in his life, he enjoyed trips with his grandchildren. Two of his favorite spots were Las Vegas and Hawaii, which he traveled to many times. He also enjoyed watching his grandchildren’s activities. One of his fondest memories was going to Washington D.C. on the Honor Flight, with his grandson, Justin. Bob never met a stranger.

He will be dearly missed by; his wife, Kathleen; daughters & sons-in-laws, Linda & Robert Hughes, Lisa & Dan Faubion; four adoring grandkids, Justin and Jordan Hughes, Katelyn and Kelsey Faubion. He is also survived by three brothers, Ray, Everett and Glenn Mealman and many nieces and nephews. He had an array of friends that stood by him to the very end and he will be dearly missed by all.