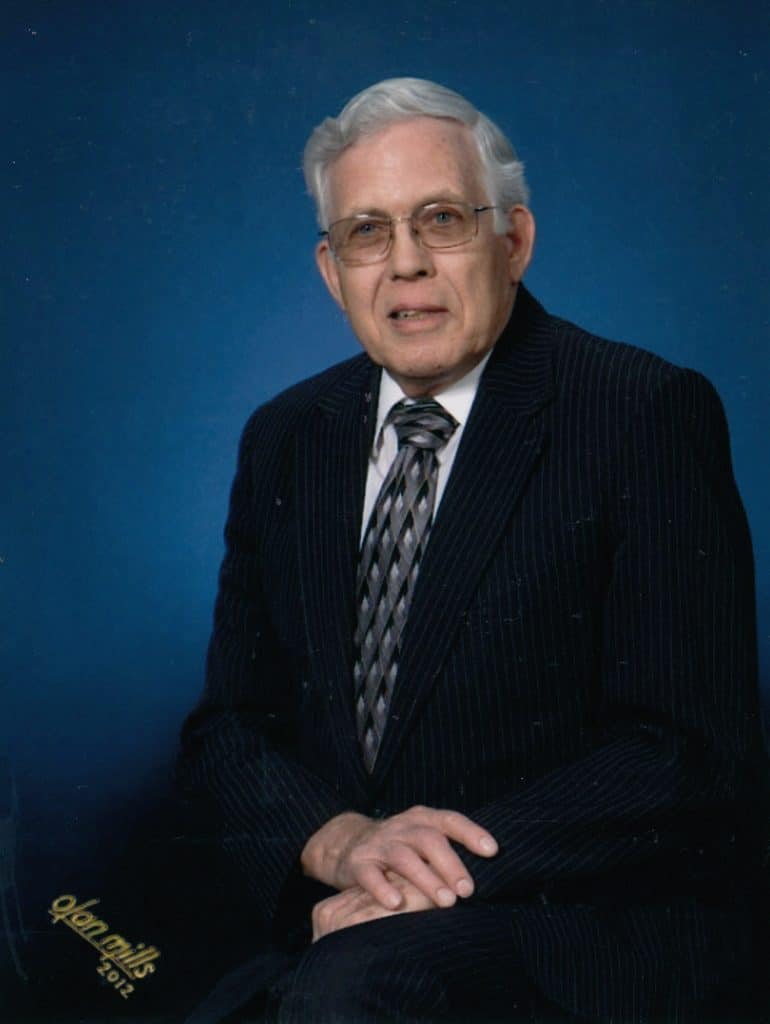 Robert M. Smoker, 88, of Tecumseh, Kansas went to be with his Lord and Savior on Monday, March 30, 2020 at Homestead Memory Care of Olathe, Kansas. He was born May 31, 1931 in Muncie, Indiana, the son of Zeno & Pauline Smoker. He is the oldest of 4 children. Robert “Bob” graduated from Selma High School and went on to Business School. He went into the United States Air Force and was stationed at Forbes Air Force Base in Topeka. During the Korean War, he was stationed in Alaska for 6 months. His company brought back a lost baby bear for the Topeka Zoo. After his Alaskan tour he left the military and began working for Santa Fe Railroad. He worked in the Topeka offices for 37 years in the accounting department.

During his years at the Air Force base, he met a lovely young lady, Martha, at the Topeka First Church of the Nazarene. After a couple of years of dating, they were married April 14, 1957. They had 3 children, Janice, Robert and Karen. When the children were young, Bob built a house in Tecumseh, Kansas where he and Martha lived happily for almost 50 years.

Bob’s love has always been gardening and composting. He has been on many gardening TV shows, traveled giving compost demonstrations to all ages and been known nationally throughout the Master Gardener community as “Mr. Compost.” Every fall people would call him to pick up their bags of leaves. He would haul hundreds of bags home and then shred them into his compost areas with his industrial sized shredder. He was well known for his humongous, delicious tomatoes, mouth watering sweet corn and his melt-in-your-mouth blackberries. He operated a farmer’s market out of his garage. He would have to grow over 1000 lbs of tomatoes every year just to keep up. He won many awards for the beauty, taste and size of his produce. He was the founder of the Men’s Garden Club of Topeka, member of Master Gardeners of America, on the committee for the National Gardeners of America and won many civic awards for his composting in Topeka.

He was always proud of the fact that he planted every tree, flower and bush on their property. He kept their 1 ½ acres of land organic and beautiful. He never sprayed, but hand dug every dandelion and weed. It was not uncommon to see him with his kneeling pads, his 5 gallon bucket and his dandelion digger. He loved the peace and beauty of their water garden. He had 50+ goldfish in the pond. You should have seen them scurry to the top when he started calling, “fishy, fishy, fishy!” They knew it was feeding time!

Bob moved to Olathe fall of 2012 to be closer to his children and 7 grandchildren after his wife, Martha, passed away from battling cancer. He was at Homestead Memory Care of Olathe  where the loving staff became like family. He connected with staff and residents through playing many different activities provided by staff. His bright blue eyes caught everyone’s attention and his sweet personality showed God’s love to others even when he couldn’t talk much anymore. The staff enjoyed dad’s witty side as well as they asked him “How long have you been a Smoker?” and his response “All my life!” Another was “How are you feeling, Bob?” He responded “with my fingers!” The staff will forever be in our hearts as they treated our dad like we would, with much love.

A Celebration of Life service will be held at a later date at Topeka First Church of the Nazarene. The family will have a private burial service at Keene Cemetery. Memorial contributions may be given to Topeka First Church of the Nazarene, 1001 SW Buchanan, Topeka, Kansas 66604 or to the Alzheimer’s Association Heart of America Chapter, 3846 W 75th St. #4126, Prairie Village, KS, 66208.