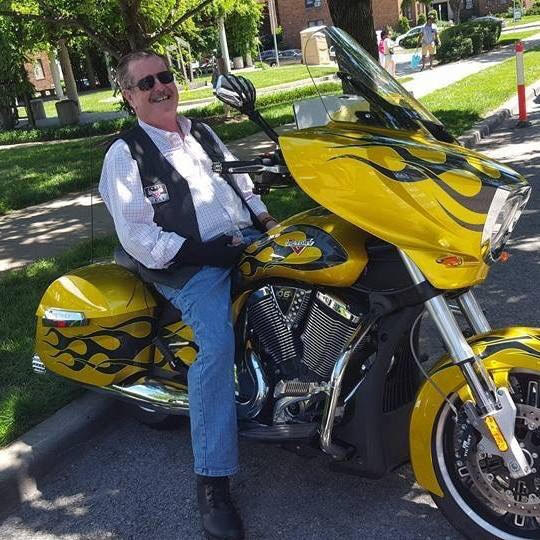 Robert Trafter, 62, of Louisburg, Kansas passed away April 28, 2017 at St. Lukes South Hospital after a long battle with cancer. Memorial services will be held at 9Am, Saturday, July 22, 2017 at Stilwell United Methodist Church, Stilwell, Kansas. Mr. Trafter was born May 9, 1954 in Des Moines, Iowa.

Born and raised in Des Moines, Iowa. On November 1, 1972 Bob enlisted with the Marine Corps and pretty soon landed in Honolulu, Hawaii. This is where his family started and he had his first son, Robbie. After serving in the military he moved back to Iowa and in 1984 had his daughter, Heather. While working at O’Halloran International he met his wife, Jana. They later moved to Wichita, Kansas and Bob started a prosperous career in sales with Akzo Nobel where he networked and connected with many clients who turned into friends. He won many awards and was recognized for his abilities over the years. Bob had his third child, Shaun, while in Wichita and soon moved to Overland Park, Kansas.

Mr. Trafter had many hobbies from finishing the family boat, to plumbing and framing the family basement. For years he was always learning something new and tinkering. His latest project was building a dune buggy. Bob also enjoyed motorcycle rides on sunny days.

Robert’s pride was his family and he loved spending time on the lake with his children and grandchildren. He never missed his grandson Caden’s baseball games or preschool events with Jackson. He was a true family man.

Mr. Trafter lived with metastatic breast cancer for 18 years and he was the definition of the word “inspiring.” Always smiling and living life to the fullest. He was also very involved with the Male Breast Cancer Coalition and on a mission to advocate to other men.

He was preceded in death by his mother Marjorie Trafter, 81, from Des Moies, Iowa and his son Sammie Trafter.

Survivors include his children; Robert, Heather, and Shaun Trafter, his grandchildren; Caden, Jackson, and Logan, two sisters Debbie and Pam, his dog Mindy, and many close friends.