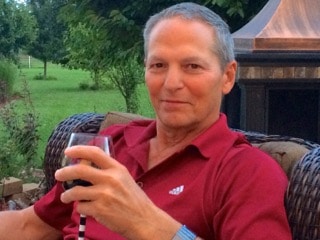 Roger began his life as an athlete, spending much of his early childhood years at Turner Gym as a gymnist.  He had a passion for rebuilding cars – corvettes remained his ride of choice.  After working as a butcher at G2M he opened Roger’s Warehouse Foods in Laurie, MO – the very first wholesale grocery store of its time.   One of his greatest accomplishments was Founder and Owner of Register Receipt Advertising, “creating a space to be great in”.  He cherished his coworkers and regarded them as his second family.

Many dedicated years were spent as a leader of Toastmasters becoming a very accomplished speaker.  Roger was a black-belt in Hap Ki Do, mentoring and instructing many youths.  After obtaining his private pilot license in March 2009, Roger and Kim enjoyed many trips together.

He will be remembered for his contagious smile, positivity, generosity and perseverance.  One of his greatest joys was spending time with his grandchildren.