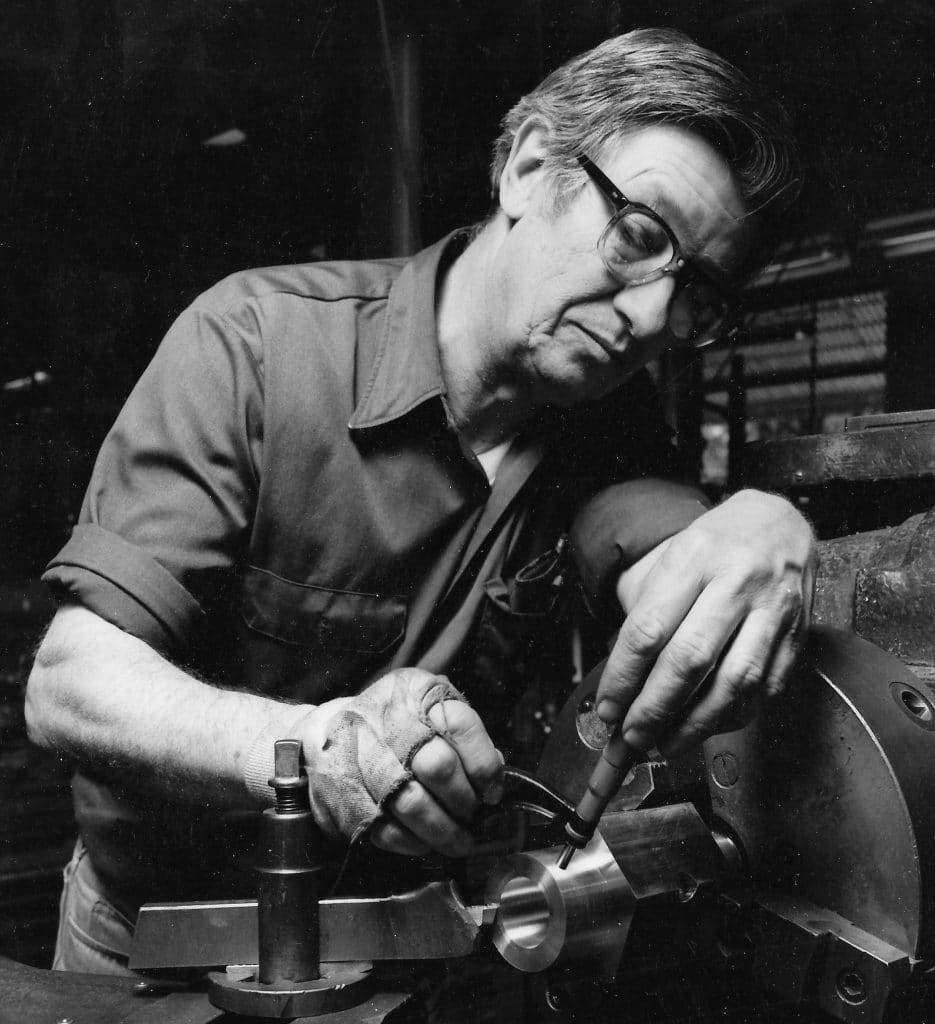 Roland Leroy Johnson, 91, of Independence, Missouri passed away peacefully from pancreatic cancer on Tuesday, January 17th with his wife by his side, at Kingswood Senior Health Care Facility.  A memorial gathering will be held 11:00 – 1:00 PM, Saturday February 18, 2017 at Heartland Cremation and Burial Society, 6113 Blue Ridge Boulevard, Raytown, Missouri.

Roland was born in Kansas City July 8, 1925 to Amos and Vera Johnson. He was preceded in death by his father Amos, mother Vera, and his brother Wendell.  He is survived by his wife of 71 years, LaRue and sons, Timothy Vern, his wife Jacque Jean of Denver and Alan Leroy, his wife Dawn Roe of Kansas City. He is also survived by grandchildren Leslie Elizabeth and her husband Josh (great grandchildren Casen and Stella), Patric Timothy, Zachary Phillips, Chelsea Erin, and Miranda Quinn.

Roland grew up in the Kansas City area graduating from Northeast High School in 1943. He began working as a machinist at Armco Steel where he met his future wife LaRue Johnson in 1945. Early in their marriage Roland and LaRue purchased a cabin at the Lake of the Ozarks. Roland spent countless hours teaching the boys how to swim and ski – even building them a hydroplane which was probably faster than necessary – but definitely fun! Roland and LaRue were committed to each other and spending time together as a family.

Roland was always a hard worker retiring from two jobs, Armco with 30 years of service and then Mid-West Research where he worked part-time for another 20 years. He was a voracious reader and became an avid organic gardener often sharing his delicious bounty with family and neighbors. Roland had a series of health issues over the last 15 years which he handled with dignity and determination. Through his strong independent spirit and strength of will Roland took care of himself, his loving wife and their home until the last few weeks of his life.  Most of all, Roland was a truly kind man with a genuine and sincere interest in others. His family will miss him greatly, and knows he is in a better place with our Lord and Savior Jesus Christ.

In lieu of flowers, donations can be made to Wolfner Library Trust Fund, 600 West Main Street, Jefferson City, Missouri 65101 in memory of Roland Leroy Johnson.  The Wolfner Talking Book and Braille Library have given Roland many, many hours of reading enjoyment.