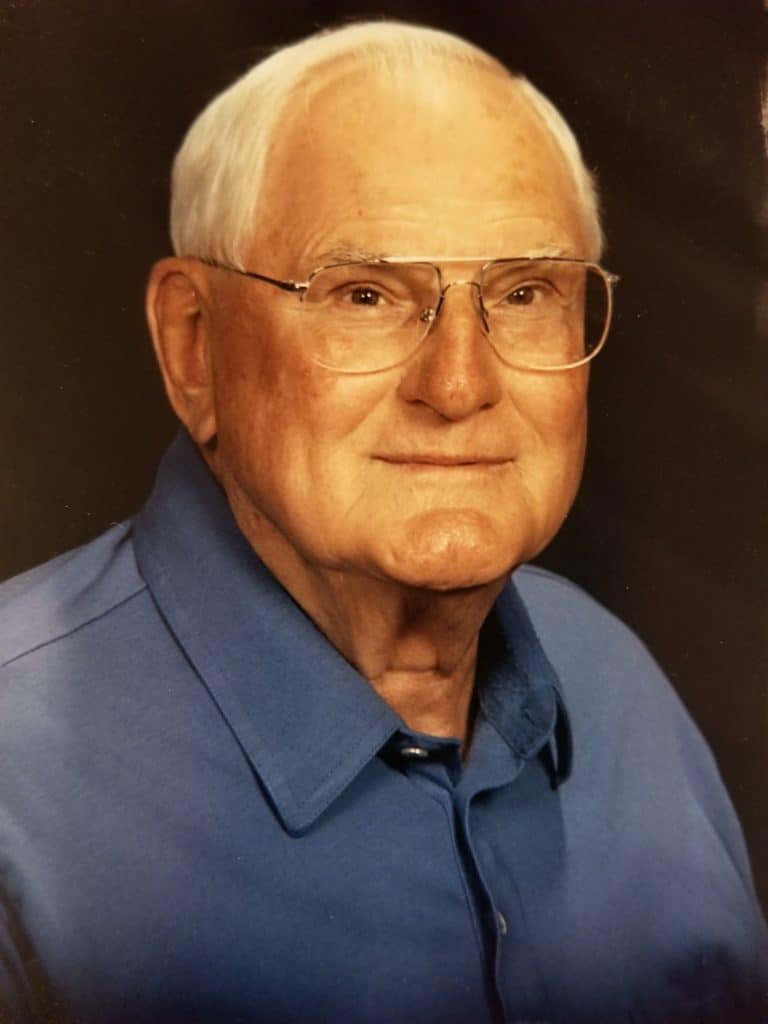 Rollie married his wife Evelyn “Evie” on July 10th, 1954. He was a Radar Operator in the Navy and earned two degrees; BEE from the University of Minnesota and an MSEE from Notre Dame. He worked for Allied Signal, Bendix, and Honeywell for 32 years as an EE.

He was preceded in death by his brothers and sisters; Milford, Elroy, Harlan, Florence Jacobs, Evra Warner, Esther Kvernes, and Leona Young. He leaves behind his wife of 63 years Evelyn “Evie” Lippert; Five children; Son Lou and wife Karen, daughter Marianne and husband Ken, son Andy and wife Michelle , son Anthony, and daughter Julianne and husband Brian , along with 8 grandchildren.

Rollie loved playing golf, traveling, he loved all things mechanical and electrical, he was always open for a debate and loved conversation of all kinds. He was a Knight in the Knights of Columbus and an usher for his church. He also loved telling stories about the farm in Minnesota.

In Lieu of flowers, memorial donations may be made to Holy Spirit Catholic Church or John Knox Hospice House.