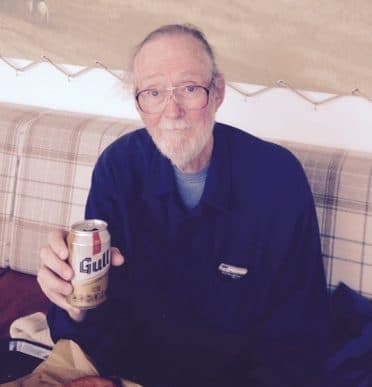 Ronald Aubry McGee, of Raytown, MO, died on November 15 at his home, of acute myeloid leukemia.

Ron was born in Kansas City on August 2, 1938 to Jessie Clayton and Terence McGee, who preceded him in death. His beloved stepfather, Cleve Hook also preceded him in death. Ron was raised in Kansas City, served a short stint in the Navy and attended Drury University and Columbia College in New York City. He lived in New York City and northern New Jersey, working in commercial advertising until 2003, when he and his wife Regina Berens moved to the KC area.

Ron will best be remembered for his lively curiosity, the people he nurtured during his life, his deep faith and the cookies he baked for church coffee hours. He was a wonderful husband, father and stepfather and the best of travel companions. He is survived by his wife Regina Berens, his son Matthew McGee of Seattle, his daughter Dierdre Byrne of New York City, his stepson Jonathan Brienza of Des Moines and Jonathan’s wife Diana and their daughter. He is also survived by his brother Terry of Magalia, CA, a sister, Shirley Clements, in Alabama and a stepsister, Lola Rice of Jefferson City.