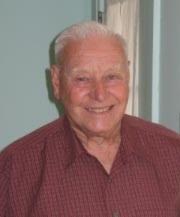 Ronald (Ron) Paul Steinbach, 85, of Holden, Missouri passed away August 7, 2017. Veterans Honors will be held at 11:00AM, Thursday, August 17, 2017 at Missouri Veterans Cemetery, Higginsville, Missouri. Rob was born November 26, 1931 in Freemansburg, Pennsylvania. He was preceded in death by his parents Homer Paul and Anna Maria and his brother Clifford (Geraldine).

Ron married Wanece Johnson on April 3, 1958 in Allentown, Pennsylvania. He is survived by his wife Wanece, children; Thomas Ronald (Debbie), Randall Paul, and Amy Ford (Dan). Ron (Pa, PePaw) enjoyed spending time with his eleven grandchildren and four great-grandchildren that will all miss him very much.

In 1971, Ron and his family moved to Brockville, Ontario Canada where he began his career at Grenville Christian College (GCC). Ron became the business manager for the colleged and worked tirelessly upon his arrival to get the books balanced and keep them that way.

In addition to his work behind the scenes, Rob was also a gifted teacher of accounting and typing. He was well liked by his students who remember his sense of humor and his love of the Junior Achievement Program at GCC.

Ron was an early riser, who could be found at 5:00AM working in the office, walking in the gym, or doing breakfast prep with the students.

Outside of business hours, Ron was well known for his baseball prowess. At the summer time weekly Browns Bay trips, Ron was called the, “vacuum cleaner,” while playing 3rd base. The ball never got past him and few could hit as far as he could. Baseball was truly one of his great loves.

In 2012 Ron and Wanece moved to Holden, Missouri where he enjoyed living in the country and playing quoits. Ron was a member of Enon Baptist Church, Pittsville, Missouri. 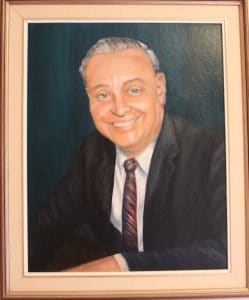