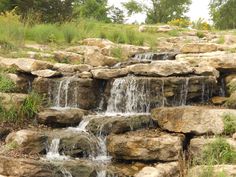 Rose Mary Langland, 78, of Columbia passed away April 20, 2015 at home.  A memorial service will be held at 1pm on Saturday, May 9th at Missouri United Methodist Church in Columbia.
Rose Mary was born to Guy and Blanche Roberts on June 8, 1936.  She married Roger Langland on March 16, 1963 while serving as a short-term missionary nurse in Lahore, Pakistan.
Rose Mary received a BS degree in nursing at the University of Kansas and a MS degree in nursing at MU.  She taught gerontological nursing at MU and was the staff nurse during the early years of the Adult Day Connection at MU.  She was a life-long member of Missouri United Methodist Church.
She is survived by her husband; two daughters, Gwen Langland of Columbia, Robin Batt of Jacksonville, FL; one son, Lance (Mindy) Langland of Houston, TX; one brother, Roger (Sandy) Roberts of Albuquerque, NM as well as three grandchildren.
In lieu of flowers, donations may be made to the Missouri United Methodist Church music fund, the United Methodist Women for Missions or the Gurucharri Foundation that helps local cancer patients.