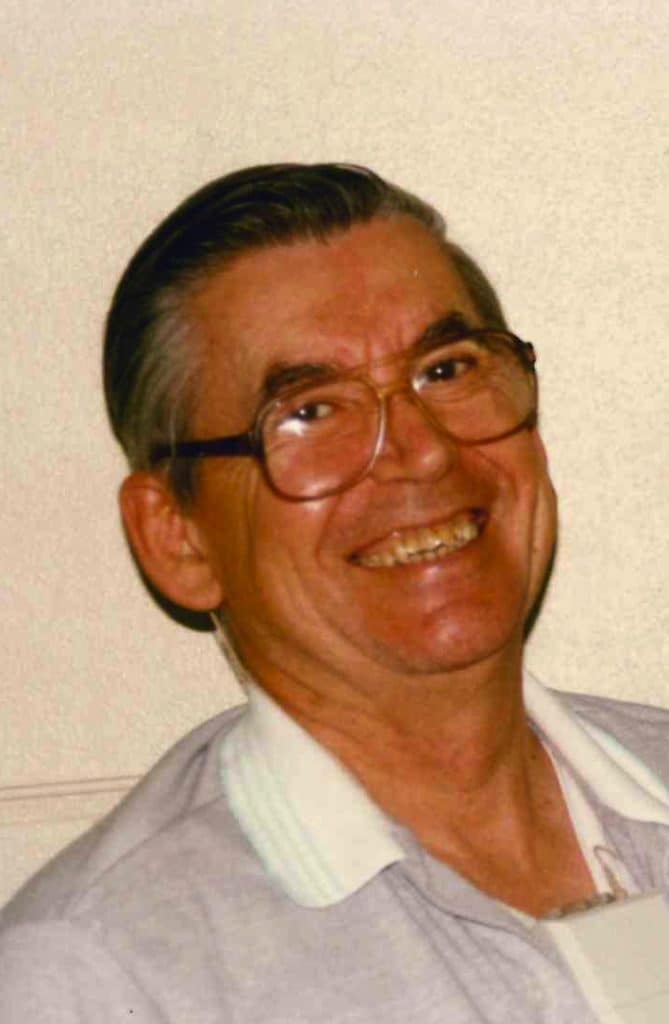 Russell E. Pence, Jr., 84, Kansas City, Mo passed away peacefully at home, surrounded by family on May 9, 2017. A visitation will be held 1:30-3:00 PM, with a funeral service at 3:00 PM, Friday, May 12, 2017 at Heartland, 6113 Blue Ridge Blvd. Raytown, Mo 64133. Graveside services will follow at Brooking Cemetery in Raytown. In lieu of flowers the family asks that memorials be made to “Team Ryan Benefit”, donations may be left at the funeral home or any Blue Ridge Bank location.
Russell was born December 19, 1932 in Kansas City, Mo to Russell Sr. and Dorothy (Peters) Pence. Russell served Honorably in the United States Army from 1953-1955. Following his discharge he returned to Kansas City and resumed work at Montgomery Ward and later retired after 45 years, in 1995. He and his wife Peggy were longtime members of Norfleet Baptist Church. In his free time he enjoyed bowling and going to the casino. He was an avid Royals fan and followed the team closely through good and bad seasons.
Russell was preceded in death by his parents, a daughter Melissa Kay Pence, a sister Barbara, an infant sister Grace Ann, and 2 son-in-laws, Pat Neely and Tim Winklepleck.
He is survived by his wife Peggy (Moore) Pence, his children; Janet Neely Winklepleck, Pam (David) Johnson, Russ L. Sr. (Rhoda) Pence, and Cindy (Mike) Clubine, 16 grandchildren, 34 great grandchildren, 5 great-great grandchildren, 3 brothers, 4 sisters and a host of nieces, nephews, cousins and friends.