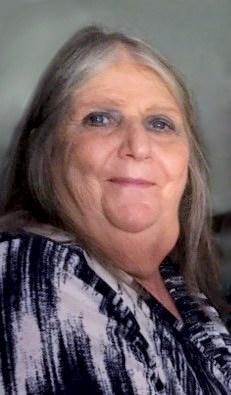 Ruth was a bit of a tomboy who loved bike riding and playing basketball. She was a bit of a pioneer and a role model. Ruth played on the first women’s basketball team at CMSU, now called UCM in Warrensburg, Missouri and she was always very proud of that accomplishment. She was a fulltime student athlete who paid her way through college, unheard of today. She did it on her own by, “working her butt off”, as she would say.

Ruth was the only female basketball coach in the IYAA boys basketball league in Independence. She coached her son’s basketball teams from 4th grade through 8th grade. At first, other coaches hated losing to her, but as time went by they asked her for advice, even asking for her to sit on the board of the league to help improve the city’s athletic program.

She taught the game at its basic levels, the fundamentals of passing, dribbling, and shooting. But she will be remembered for coaching philosophy; teammates are there for each other to lean on and count on. As well as, to always give your best and don’t give up.

Ruth never expected anything to be given to her, she worked hard to earn everything she had, and she instilled that type of work ethic in every kid she coached and every kid came to the house. She was never militant about it, it was more contagious, she had a way of talking through obstacles to overcome the part of you that was unsure you could do it, that is what made her such a great coach, and mother.

She was a second mom to many, many kids over the years. Her boy’s friends were always welcome at the house and knew that the door was always unlocked for them. Ruth would wake up every morning and cook breakfast before she would leave for work, every morning. “Up and at’em” she would say shaking the blankets on the bed, she attacked every day.

During baseball season when her sons would have games at the same time she would stand in between the diamonds so she could watch both games she loved watching her boys play sports.

She went about being a mother the same way she was a coach, she leaned on the basics of family. Honesty, trust, responsibility, and accountability, she was firm but always fair. She didn’t like excuses, you didn’t come to her with an excuse on why you couldn’t do something, it didn’t fly in her house. She believed in figuring it out or asking for help, but didn’t come to her with an excuse. Meals together at the table were staples for the foundation of her family. Breakfast, lunch, dinner, dessert, didn’t matter, it was top notch.

Her hugs could cure any ailment and her calm would quell any storm. Her tomboy ways didn’t leave her as she grew up, her family remembers walking behind her and her husband, while through the woods with them carrying shotguns hunting rabbits and squirrels, even with her boys, armed with dart guns waiting for the chance to shoot at something as well. She would stand shoulder to shoulder cleaning fish after a winning day on the water. She loved being outside, fishing, gardening, her plant collection is legendary. Almost as legendary as her biscuits and gravy breakfast.

She was a daughter and a sister, a wife, mother and grandmother who loved nothing more than to see all her family in one spot and enjoying each other’s company. Her family was her life, she would sit there and watch the kids play with a smile on her face and couldn’t be happier. She never complained about how things would go, she would always say “it’s just another thing” and “everything is going to be ok”.

Her family wanted so much to give her all the things back that she gave them, she never asked for anything but anyone who knew her would do anything for her, she was a one-of-a-kind woman. Over these past few days, tears have been shed by almost every person in the family. She wouldn’t want her family to spend all their time sitting around feeling sorry for themselves, she didn’t like the attention that much.  Her family knows that she is worthy of every tear shed, every sob cried, and every prayer spoken. Ruth truly was one of a kind and for those who knew and loved her her family counts themselves lucky for having her in their lives. Her family can hear her, even now, saying “everything is going to be OK”