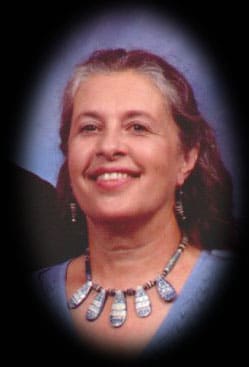 Sally Reisch Erickson, 71, was born August 5, 1945, in Maroa, Illinois, to Bessie and Harold Reisch. She passed November 2, 2016 as the result of a tragic automobile accident.
A celebration of life will be held Sunday, November 13, 4:00 p.m., at Red Top Christian Church, 14355 Rt. U, Hallsville, Missouri.
Sally graduated from New Cambria High School, and received a B.A. degree from Stephens College.
Being the child of a pastor, Sally was always committed to the church; following brief stints as a chaplain, a counselor, and a short time representing Johnson and Johnson Ortho Pharmaceuticals. Sally also became Director of Development for several nursing homes with the Christian Church (Disciples of Christ).
She married Fred H. Erickson, December 19, 1986, and they, with Sally’s father Harold Reisch, formed Creative Consultants Inc. with Sally as President. CCI did fundraising and public relations for religious and non-profit organizations. For several years Sally and Fred traveled the United States for an Ohio firm called Communication Resources conducting church newsletter and secretarial workshops.
Sally completed the studies for a Master of Divinity at Eden Theological Seminary though she did not graduate and was a commissioned minister with the Christian Church (DOC). She served several congregations of the Christian Church (DOC) in Missouri, including Mexico and Huntsville. She retired from full-time ministry from the Dripping Spring Christian Church but continued supply preaching and serving interims. Sally also directed youth camps, wrote magazine articles and Christian Education curricula.
In 2005 Sally and her sister Susan Kay Berkley started a gift store in Hallsville called Sassafras Moon World Gifts. There, Kay stained and fused glass and Sally was a jewelry artist. She also did enameling and fused glass. Another focus for Sally was “fair trade” which is a major feature of the store.
She is survived by her husband Fred; two sons and a daughter: Mark Warmack, St. Louis; Matt Warmack, Seattle; and Shelley Mallory, Columbia; her sister Susan Kay; and four grandchildren: Damian, Blake, Britney, and Kayse.
In lieu of flowers, it is suggested that donations in her memory be made to the Red Top Christian Church, P.O. Box 248, Hallsville, MO 65255, where Sally was an active member.