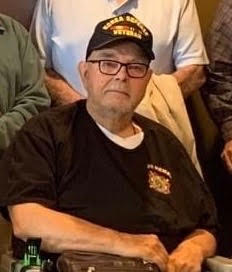 Spencer Samuel Hecox, 83, of Independence, MO passed away September 9, 2020 at his home.  We want to thank you for your love and support. Please help us celebrate Spencer Hecox by watching his service linked here:  SPENCER HECOX YOUTUBE TRIBUTE VIDEO

Mr. Hecox was born in Kearney, NE, on November 20, 1936.  Spencer graduated from Longfellow High School in Kearney, in 1955 and was inducted into the Army on June 9, of the same year. He served in Korea, in the HHC 1st Battalion 32nd Infantry Regiment, as a radio operator until his honorable discharge on May 14, 1957. Spencer married Linda Frances Breshears on May 29, 1960. He held several positions within Western Electric/AT&T and celebrated being part of two patents awarded by the United States Patent Office in 1977 and 1984. He also supervised the “Clean Room” including researching and developing the safety procedures. While working there, he completed his Associate degree at Longview Community College and ultimately his Bachelor degree at Rockhurst College (1973).

Spence was a member of Raytown Christian Church and served in many capacities over the years. In addition to being a Stephen’s Minister, teacher, Deacon, Elder, Elder Emeritus, and search committee chair, to name a few, he enjoyed telling everyone he’d been everything from Chairman of the Board to custodian when he signed on as the custodian for a few years – “just for fun”. He cared about all aspects of the building and God’s people. He was called to be a missionary with the Mission for Biblical Literacy in 1992 and went to Russia to give testimony and deliver Bibles. He was humbled to pass out bubble gum as a delicacy to the children. It changed his life!

He was a member of the Korean War Veterans Association, Inc. and volunteered at the Liberty Memorial for several years where he was awarded outstanding volunteer. He loved sharing knowledge of this great country. Spence was an accomplished wood carver and he belonged to the KC Chippers.

He was preceded in death by his parents Mr. & Mrs. Harold V. Hecox, his sister Carolyn Hecox, and his wife of 56 years, Linda Hecox.