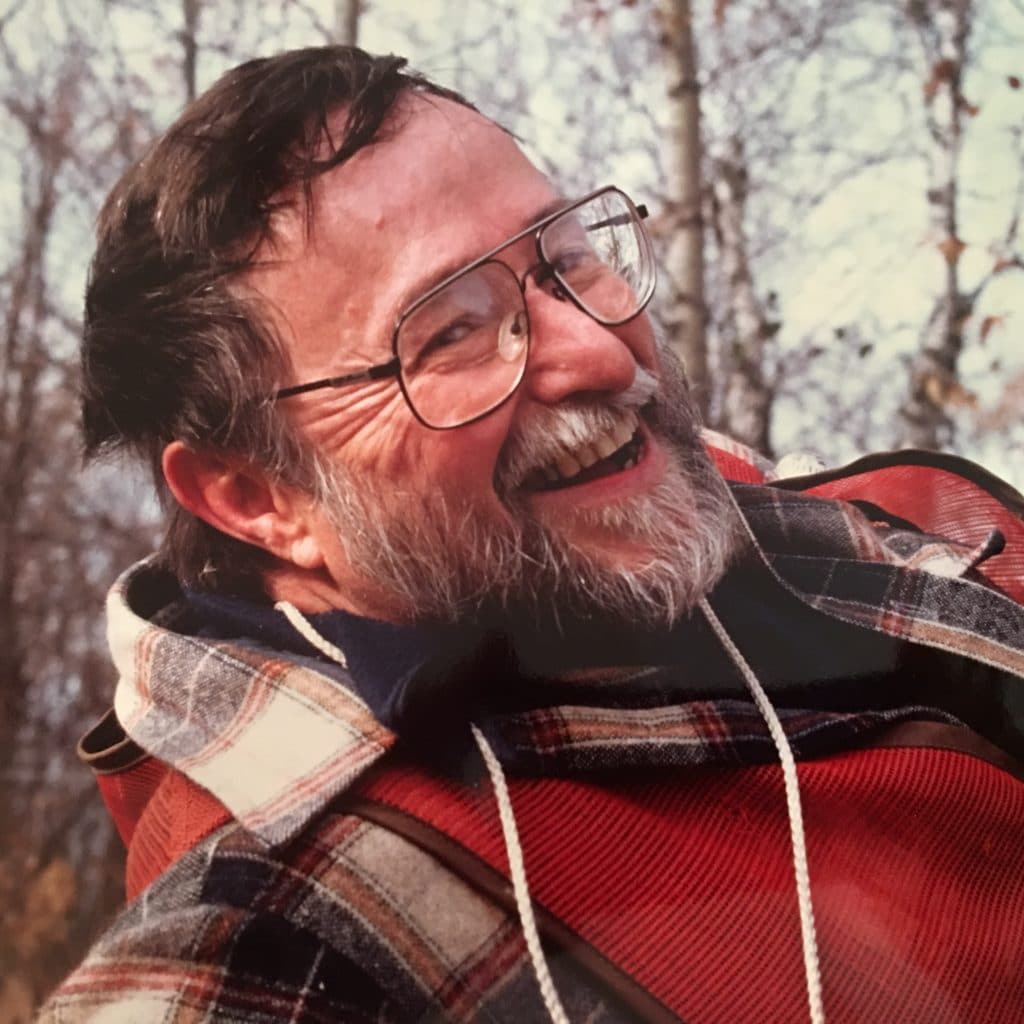 Spencer “Spence” Edward Turner, 76, beloved husband, father, grandfather, great-grandfather, and friend, died peacefully at home in the company of his family on Aug. 26, 2016.

Spence was born in Wisconsin (WI) on December 10, 1939 to Spencer and Ella May Turner. As a youth, he spent his free time fishing, hunting, and skiing. He was introduced to fishing and hunting by his father. His love for fly fishing was developed during the summer days at the lake after his dad dropped him off on his way to work. During the winter months, he honed his skiing skills, and in high school became a member of the ski patrol.

In the 4th grade, he developed a crush on Joan Borgen. At age 18 using his great smile, he was able to woo her into dating. She soon became the love of his life. In June of 1961, Spence and Joan were wed in a lovely ceremony in Stanley, WI.

At the time, they were both attending college. Spence, having failed English for three semesters in a row, enlisted in the Air Force and was stationed in Anchorage, AK for 5 years where he was initially assigned to the ski patrol. After his time in the Air Force, he went on to complete his BS in Conservation with emphasis in fisheries management from Stevens Point (WI), and later his MS in fisheries biology from Colorado State at Fort Collins.

In 1963, Spence and Joan started a family in Anchorage, AK and together went on to raise 2 sons and a daughter (Warren, Mac, and Sue) before settling down in Columbia, Missouri.

Spence was a devoted family man who made sure to include his family on many of his wilderness excursions, even though his loving wife wasn’t “the outdoors type”. The occasional misfortune, like the cooler that went tumbling off the car roof, couldn’t darken his taste for the voyage.

It was his love for the environment and of being outdoors that enabled Spence to carve out successful careers as a biologist, writer, and photographer. He spent 28 years working for the Missouri Department of Conservation, and was pivotal in establishing the management program for trout and small mouth bass populations in Missouri’s water ways. Spence’s writing and photography skills allowed him to share the stories of his adventures in such publication as Outdoor Guide, Game & Fish, Field & Stream, Outdoor Life, Fur-Fish-Game, Missouri Department of Conservation, and had his own column in the Columbia Tribune, to name a few.

In addition, his wonderful way of getting a laugh provided the critical icing to so many of his legendary adventures. Many, who have had the opportunity to join him on his expeditions, can tell you a story (or two) about how Spence stumbled or rolled through their quest. He “practiced” stumbling so much that he became an expert at the art of the tumble; so much so that most people around might not have noticed that he tripped.

Spence bred, trained, and hunted English Setters for 30 years. The training and playing with the puppies was one of his favorite activities. He hunted birds with his dogs until he couldn’t walk the uneven ground in the fields following his left foot amputation.

Tales of his exciting adventures and antics have at times pre-empted an actual introduction, allowing someone to know him or of him even before they first meet. Over the years, Spence became an avid hunter, occasional gatherer, and a worthy cook…all of which he enjoyed and shared until the very end. One could say that he was a connoisseur of life and a great friend to many. Spence was known for having a winning personality, and was pretty lucky at drawings too. At times, it was almost expected that he would win something. Maybe that was the cost of getting to spend some time with such a wonderful man and hearing about all of his adventures in life.

Never one to sit on the sidelines, he was a member of several organizations. He served as the president of the Optimist Breakfast Club, became a life member of the Downtown Optimist, served on the Columbia (MO) Convention Visitors Bureau, and established and organized the annual “Day with Wildlife” event to educate the public about outdoors activities and conservation.

Spence earned Professional Conservationist of the Year awards from both Trout Unlimited and the Federation of Fly Fishers.

He was a member of the Outdoors Writers Association of America (OWAA) where he was president from 2005-2006 and received the following awards Outdoor Ethics Communication Award (1994), Outstanding Board of Director Member Award (1995), Ham Brown Award (2014).

Spence was an avid Fox News and Rush Limbaugh enthusiast. He could often times be found listening to both very loudly throughout the house. He was a conservative and tried to convert others to republican. He was a strong believer that everyone should vote, even if you voted for the “the other side”.

In July of 2015, Spence was diagnosed with pancreatic cancer and spent the next several months fighting to be cured with the assistance of his physicians (Dr. Chapman, Dr. Schlossman, and Dr. Joe Muscato). In the end, Spence spent his last days at home with his black lab by his side. He went peacefully thanks in a large part to Joan who took wonderful care of him. The support that Glenn Berkey, RN (Boone Hospital Home Care & Hospice) provided assisted in making Spence’s final days ones of peace and comfort.

Spence has brought so much joy and laughter to so many people throughout his life and he will be missed dearly. He can rest assured that his legend will live forever in our hearts, in his stories, and in the conservation efforts that made up such a large part of his time with us. We will miss you Spence so very much.

In Lieu of flowers, Spence’s family requests donations be made to the OWAA Bob Smith Fund (http://owaa.org/store/donation/voluntary-contribution/).