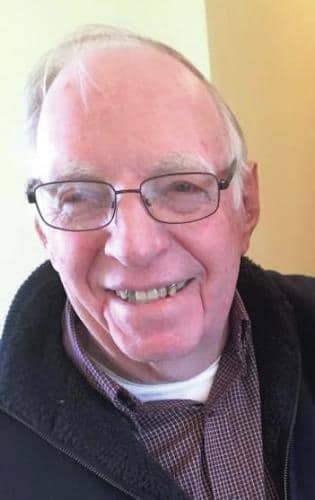 He graduated from Smith-Cotton High School in 1953 and joined the Navy in September of 1954. He served four years and spent 1957 – 1958 on the USS Herbert J. Thomas, a destroyer, throughout the western pacific. He reminisced the rest of his life about his time at sea and in exotic ports.

He returned to Sedalia in 1958 and wed Mary Evelyn Case in 1961. He worked 4 years at the Missouri Pacific Railroad shops, then took a civil service position with the Missouri National Guard in 1962. His military service spanned 31 years, with the last 24 at Whiteman Air Force Base.

Stanley loved his family, sports, and playing cards. He followed the St. Louis Cardinals his entire life, and a highlight was the 1985 World Series. He also loved to read, preferring biographies and history. He was a member of the Sedalia American Legion and Veterans of Foreign Wars.

He was preceded in death by a son, Paul Wayne; a sister, Georgia Jane Mais; and a brother, Donald Paul.

The family will host a celebration of his life at the Best Western Ballroom on the 6th of March 2016, from 1 to 4pm. A eulogy will be given at 1pm. Following the celebration, a graveside service with military honors will be held at Crown Hill Cemetery at 4:30 pm.

In lieu of flowers, Julie and Darrin suggest donations to the Midwest Special Needs Trust Fund in care of Max Lewis. Donations can be mailed to: PO Box 7629, Columbia, MO 65205