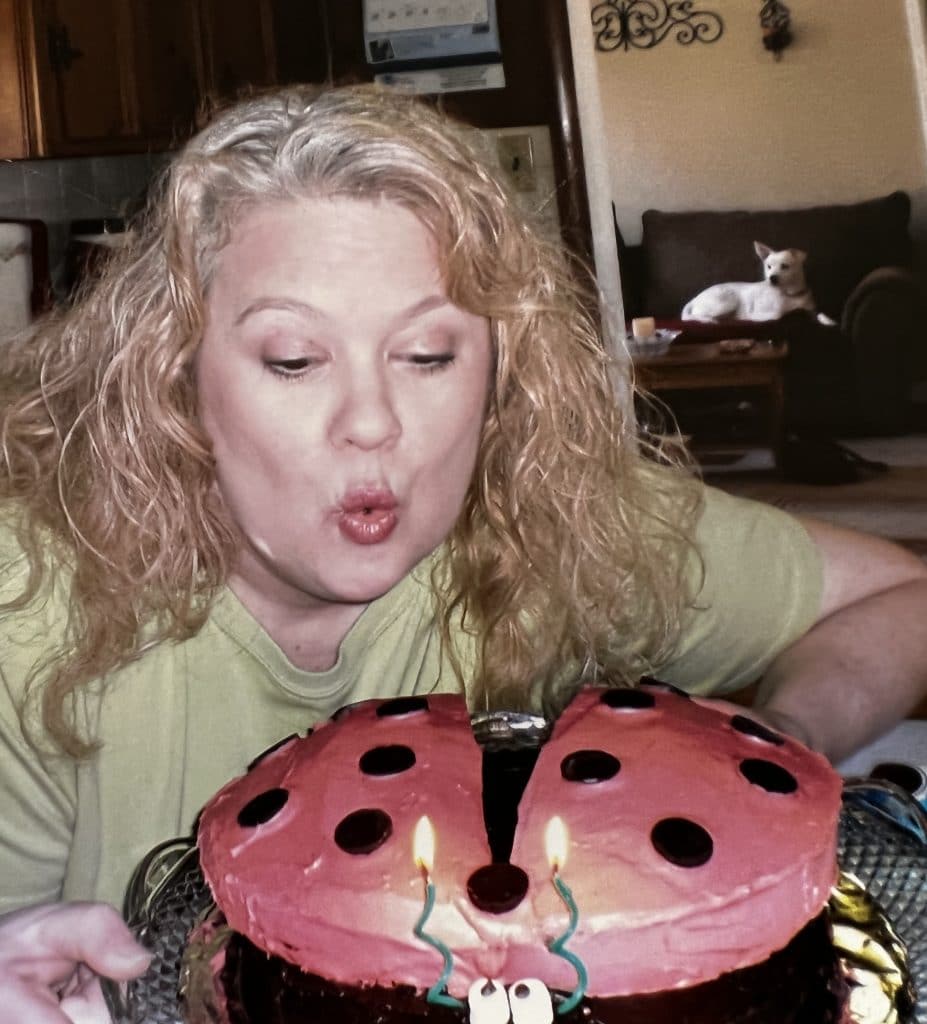 Stefani Mish was born on March 4, 1964 at Bergstrom AFB to Marilyn and Terrance Mish. She passed on June 7, 2022, after a long battle with Cancer.

Stefani spent her growing up years in a Military family so spent time in England, Texas, and Minnesota before settling here in Overland Park, KS with her Mom, where she graduated From Shawnee Mission South, Class of 1982. She went to Park University and got a degree in Interior Design.

Stefani had a large group of friends that were her family and support group. She worked with several VFW Posts doing Fundraising events. Her love of the KC Chiefs and Dallas Star Hockey were well known. Stefani’s Love for animals helped her create her own dog sitting business, which made her happy while managing & bartending paid the bills.

She is survived by a sister, Karen (Mish) Lynch; Brother-in-Law, Mike; and niece, Megan, of Lenexa, KS.

Stefani was preceded in death by her parents, Marilyn Van Allen (Mish) and Terrance L. Mish; and grandparents.

In place of flowers Stefani’s wish is that you make a monetary donation in her name to one of the below Animal charities:
Always & Furever Midwest Animal Sanctuary, 23595 W 2223rd Street, Spring Hill, KS 66083
Humane Society of Greater KC, 5445 Parallel Pkwy, Kansas City, KS 66104