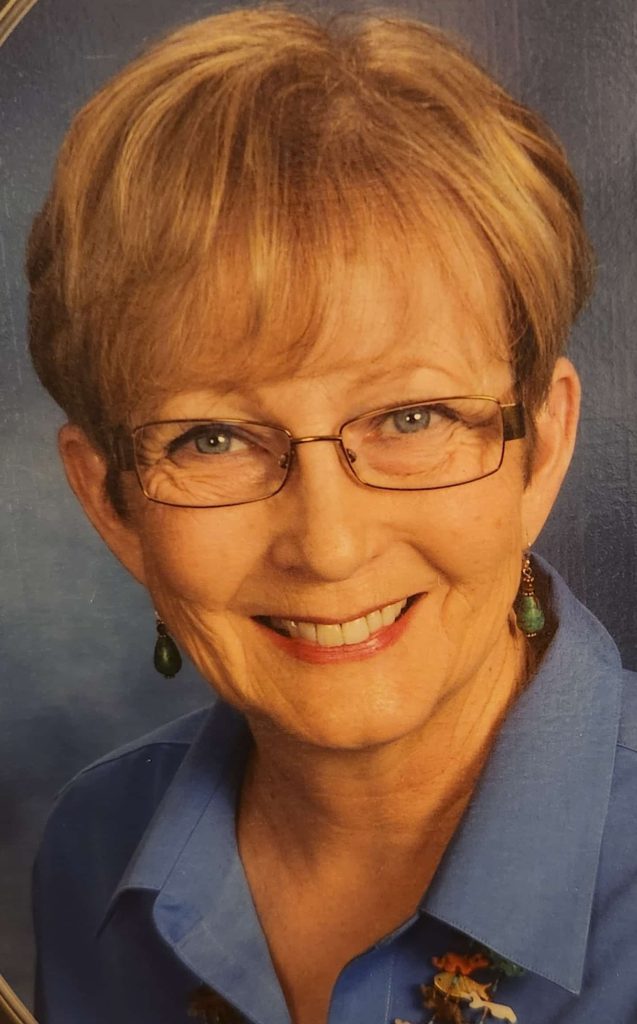 Suzanne “Sue” Storm, aged 81 years, passed away peacefully early Thanksgiving morning at Asbury Health and Rehabilitation Center in Charlotte, NC after a long illness. Sue had moved to Charlotte in July of 2021 to be near family, but had lived for many years in Overland Park, KS. Sue was a devoted family member, friend, educator, public servant, and woman of faith who touched many lives with her openness, vibrancy, intelligence, attention, and her willingness to share her talents and to work hard.

She was born to Bruce and Lu Shrum in Spokane, WA, on July 17, 1941. Her very early years were spent out west, at one time on a huge sheep ranch in Wyoming. The family moved back to Missouri when she was in grade school. Her father was a preacher, her mother was a teacher and they set the example of life in community. Sue played piano and sang in church and at school. An exemplary student, Sue graduated from Joplin High School in 1959, earned her BA from William Jewell College in 1963, and her MS from the University of Kansas in 1984. She was a public-school teacher for over 30 years, first as a high school English teacher, later as a special education teacher. She served on the Board of Directors for the Kansas National Education Association (1990-1996), President of the National Education Association for Shawnee Mission Schools (1992-1996), then served as a Representative in the Kansas State House (1997-2008), and finally, on the State Board of Education (2009-2013). Her signature piece of legislation was House Bill 2145 (also known as K.S.A. 76-731a), which enabled undocumented students to receive in-state tuition at Kansas colleges and universities. After retiring, Sue actively
supported Democratic candidates in Johnson County.

Sue loved her pet cats, reading, watching movies, flower gardening, and trying new recipes when preparing delicious food for family and friends. A favorite pastime was exploring antique malls, estate sales, art galleries, thrift stores and consignment shops on the lookout for unique treasures, especially turtles. She also enjoyed going out to concerts, plays, and museums. Sue was active in church, singing in the choir for many years, later serving as deacon and participating in missions, spiritual development, and community outreach. Above all, Sue cherished her family and friends and will be greatly missed.

Sue is survived by her sister, Nancy Carrell of Bolivar, MO, her daughter and son-in-law, Carmen and Brian Gray of Charlotte, NC, and her grandchildren, Marco, Brenda, and Justin Gray.

A memorial service will be held for Sue on Thursday, December 1, at Second Presbyterian Church, 318 E. 55th Street, Kansas City, Missouri. The visitation will begin at 9:00 am and the service will be at 10:00 am. There will be a graveside service at the cemetery in Lowry City, Missouri at 1:00 pm. Memorial gifts can be made to the Southern Poverty Law Center, the Humane Society, or Second Presbyterian Church.

If you are unable to attend, the service can be livestreamed using the following link and will be available for a while on YouTube. https://secondpres.org/livestreaming