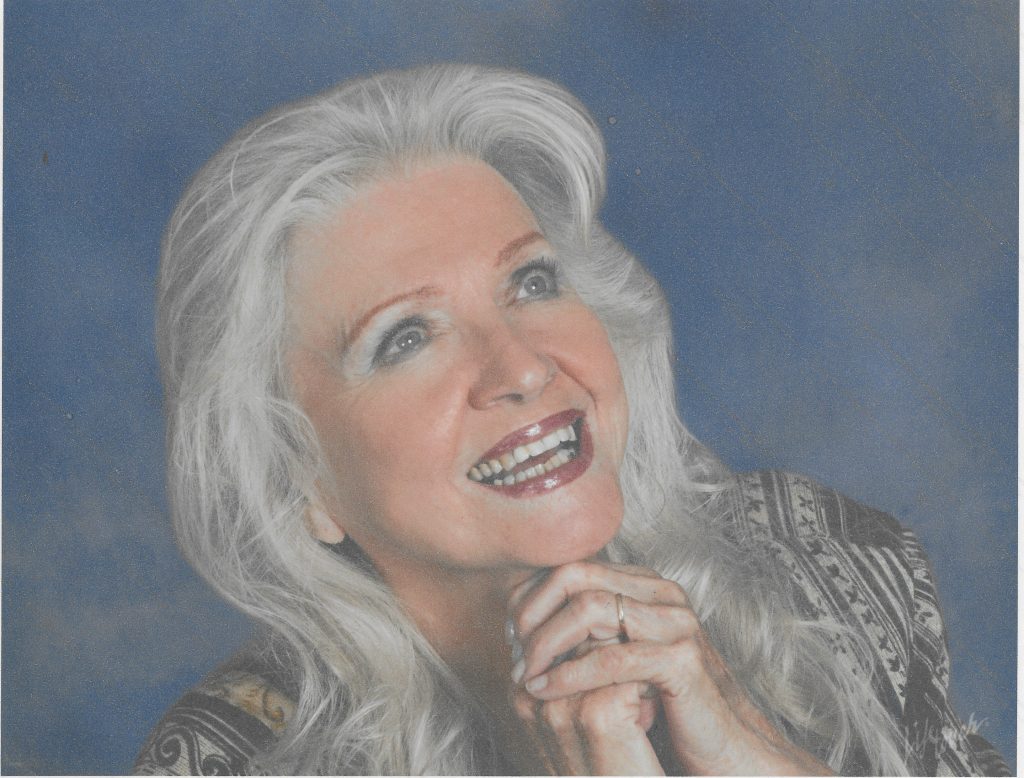 Mrs. Tay was born February 9th, 1938 in St. James, Missouri. Her parents Eva and John Leonard Bell raised Sylvia in St. James where she lived with her sisters Alice and Ann. She graduated St. James High School and then attended School of the Ozarks and finally attended Southwest Baptist College graduating with an Associate Degree.

Sylvia raised her three children in Kansas City, Missouri where she also became a highly sought after entertainer in the Kansas City metro area. Sylvia travelled outside of Kansas City to remote areas as far away as Guam and Sweden. Sylvia travelled to locations in the United States including Los Angeles, El Paso, and many more. Sylvia regularly performed on the river boats on the Missouri and Mississippi Rivers and never retired. Sylvia’s talent was only a reflection of her inner spirit, full of passion for beauty in song.

Some would say that music was Sylvia’s passion but it was so much more; it was part of her soul.  She was not only a loving wife, mother, sister, aunt and friend, she was a shining example of love and kindness to others and an inspiration to many.

She leaves to honor her memory – three children; Cheryl Hooper, Phil Hooper, David Hooper, and Step-daughter Michelle Gallardo; her siblings, Vivian Clemons, Evelyn Wand and Ann Saad; her many nieces, nephews and her 13 grandchildren and 24 great-grandchildren.