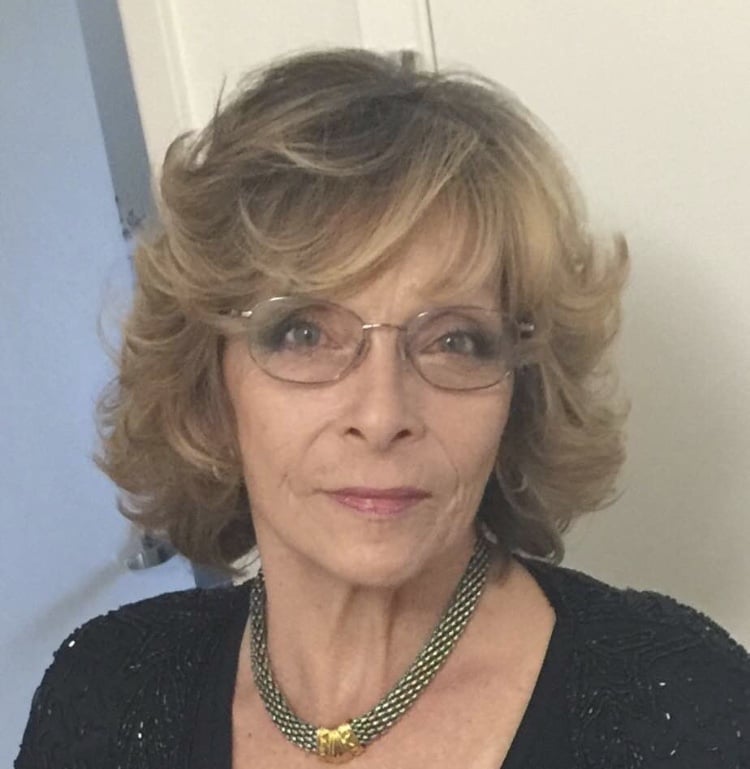 Theresa A. “Tery” Grist, the beloved wife of Ken Grist, died as a result of injuries suffered from a golf cart roll-over accident at her and Ken’s cabin at the Lake of the Ozarks.  A celebration of life will be held at Heartland, 6113 Blue Ridge Blvd., Raytown, Mo 64133, from 10 am to 12 noon on Saturday, July 7, 2018.

Tery was born in La Mesa, California, on September 4, 1953. Her parents, Benedict and Dorothy Lucas with Tery’s three brothers; Benedict (AKA Butch), Francis (AKA Skip) and Tom settled on a small farm near Ophir, California. Tery was raised a country girl, raising livestock, riding horses and active in 4H programs.  Tery graduated from Auburn, California’s Placer High School in 1973.  She attended cosmetology school after high school and was a professional hair dresser until leaving California for the midwest.

Her life in Kansas City began in 1979, but it wasn’t until 1991 that she met her husband Kenneth Grist.  Both were starting second careers.  Tery received an Associates Degree in Art Education from Penn Valley Community College, before transferring to Central Missouri State University in Warrensburg, Missouri, in her quest to be an elementary school art teacher.  After completing most academic requirements she was force to put that aside, to care full time for Catherine Grist from 1993-1995 and John W. Grist from 1995-1999.  After a 5 year career working for Kansas City Hospice, she again devoted her full attention to caring for her family.  This time it was for her mother, Dorothy who passed away in 2007.

Tery’s health declined in the beginning of 2008, and in 2014 she received a liver transplant.  We, are forever grateful to the Dr. Olson and the entire transplant staff at The University of Kansas Medical Center for the additional 4 wonderful years.

Tery was preceded in death by her parents, Benedict and Dorothy, as well as  her oldest brother Benedict James Lucas and her only sister, Doreen Lucas.

Tery leaves behind her husband Kenneth, 3 step-children, Lyn, Kenny (Kerri) and Peter and 4 step-granddaughters; Madison, Abigail, Stella and Greta.  Tery always said, “Ken had the kids, but she had the grandkids.” Her two brothers Francis and Tom (Terry), and a host nieces and nephews, and step-nieces and step-nephews.  Also surviving are Ken’s three brothers; Wes, Gary and Robert.