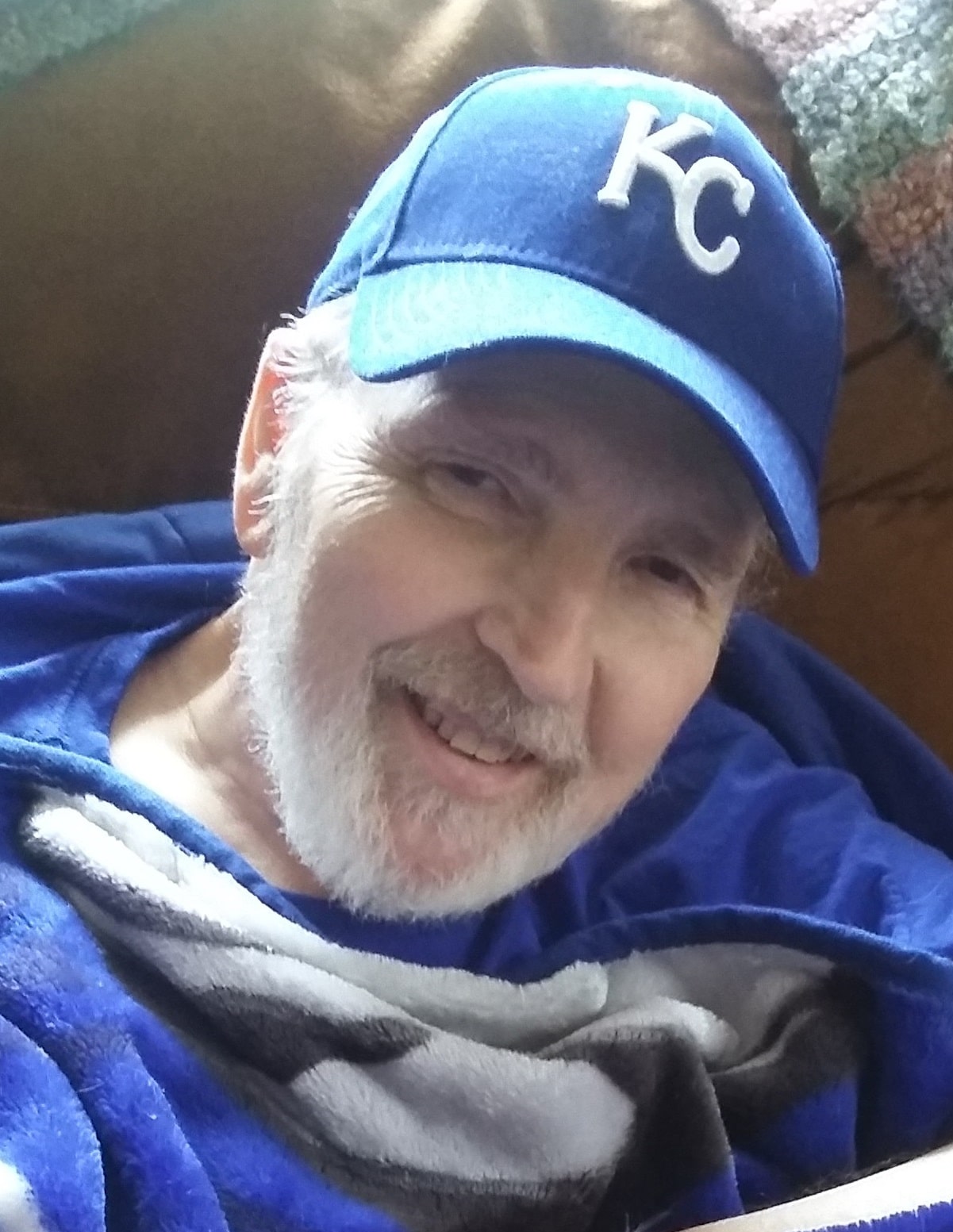 Timothy Paul Meador died peacefully in his home on Saturday, April 9th, 2016, surrounded by his family, listening to Wish You Were Here by Pink Floyd.

Born June 25th,1952 in Independence, MO, Tim graduated from Truman High School in 1970. He married Mary Elizabeth Quinn on March 11, 1978, and that New Year’s Eve they made a wonderful home in Midtown Kansas City, MO, with their infant daughter. A son came three years later and the family was complete.

A love of cars in Tim’s youth translated into a long career as an auto body repair specialist. He owned his own business for several years, then joined the UAW and worked at Broadway Ford. He later worked as an insurance adjuster and managed PDA’s  Mission, KS, branch office until a dual diagnosis with Muscular Dystrophy and Parkinson’s restricted his physical mobility. He retired and helped Mary run her business, Bee in the Garden, from home.

Tim found great reward volunteering as the Athletic Director at St. Francis Xavier School where his kids attended grade school, helping reinvigorate their athletics program. He loved the blues, cold Boulevard Pale Ale, Kansas City BBQ, all sports except soccer, but especially Royals baseball. He loved to tinker, whether with cool cars, bad ass stereo equipment, or computers. He loved the great outdoors, camping with his family, and he loved his dogs. He loved his wife and kids most of all.

Tim was preceded in death by his mother and father, Katherine (Vorgias) and Victor Paul Meador. He is survived by his loving wife, Mary Quinn Meador; daughter, Sarah Katherine Battle and husband Casey Battle; son, Jesse Paul Meador and wife Margaret Cameron; all of Kansas City, MO. He is also survived by his brother Norman Eugene Meador and Bobbye Henderson of Yukon, OK; and sister Melodie Sue Jones of Davidson, NC; as well as many beloved extended family members and friends.

Private services will be held. Donations can be made to MDA.org or Parkinsons.org.