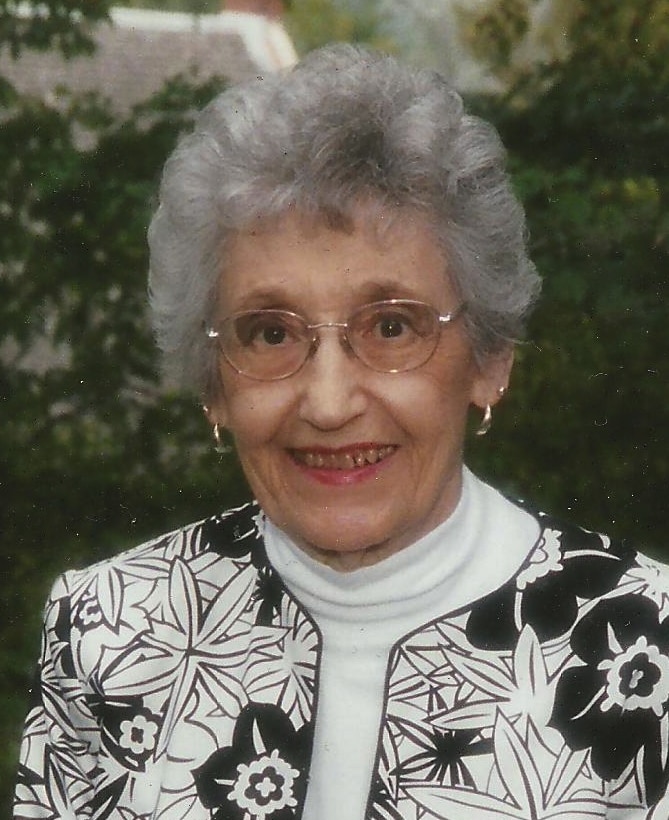 Verlin Johnson Baxter 91 , known as “Johnny” to her friends and family passed away at her daughter’s home  with her daughters at her side on Saturday April 27, 2013. Johnny was born on May 22, 1921 in Storm Lake Iowa to Esther and Wilber Johnson.

Johnny attended Storm Lake High School, Buena Vista College and graduated from the University of Iowa-Ames in 1944 with a B.S. in Dietetics and Nutrition. She worked as the dietician at Cook County Hospital in Chicago following her internship and graduation.  Johnny was married to Dr. Robert Corwin Baxter, D.D.S. on December 12, 1944. The couple later moved to Keokuk, Iowa to establish a dental practice and she was the dietician at Keosauqua Hospital in Van Buren County IA. In 1967 she moved to Jefferson City, Missouri to be an Administrative Assistant at Memorial Hospital in charge of the dietary and housekeeping departments. Previous employees of Memorial Hospital fondly remember her for the elaborate staff Christmas parties that she would plan and host.  Following her retirement from Memorial in 1980 she worked at the Missouri Division of Health as a hospital surveyor. She retired from the State of Missouri in 1993.

Johnny loved being outdoors and spent many hours tending the woodland garden that she created in her back yard. The beautiful garden and the “fairy paths” she created were a play place for her grandchildren and they spent many hours with her there. She was an avid china painter and belonged to the Jefferson City China Painters Club.   She will be best remembered by family and friends for her dedication to family, her artistic gifts in visual and performing arts, the beautiful gardens she created, her incredible talent in china painting, her culinary ability and the special meals she created to share with others.

A private family celebration of life is planned as directed by Johnny. Memorials are suggested to Hospice Compassus or the American Cancer Society.