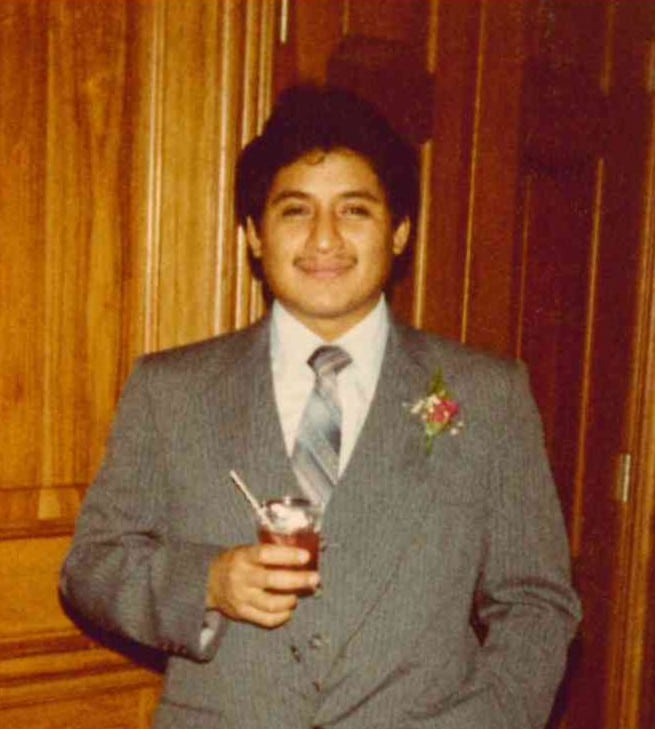 Mike was lovingly raised by his grandmother, Sunny Railey, on Kansas City’s westside, where he never strayed too far.

With the same circle of friends and by a destined chance he found his wife, Loretta Valdiviez, which he married on November 23, 1974.  Mike enjoyed things in life, especially playing softball for the MOB, for several years with family and friends.  Mike received his certification for body repairman from Kansas City’s Manpower Program, which began his career as a repairman for Kansas City Public Works Body Shop.  After a near fatal accident on December 24, 1991, he was forced to retire.  He continued to work at The Body Shop behind the Valdiviez family restaurant, The Busy Bee, at 18th and Locust, where he fixed family and friends’ vehicles, enjoyed hanging out with buddies, and where there was always a good time and cold beers.  Mike was a perfectionist when it came to his bodywork and automotive skills.  He loved his family; you could see it in his eyes.  He was taken away too soon by a fight with cancer that he couldn’t win.

Wherever Mike could be found there was a party and always a good time.  He enjoyed concerts, cook-outs with family and friends and his prized possessions-his grandchildren.  You could always count on Mike for a helping hand and good laugh.