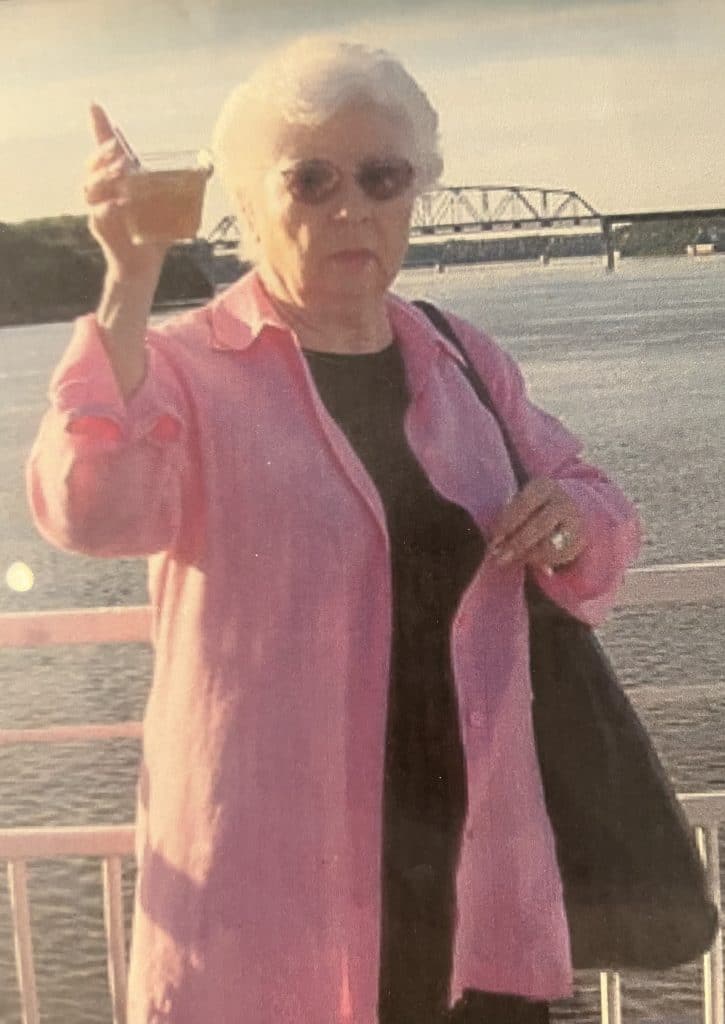 Viola Mae (Robinson) Guinn, 92, passed away at Wesley Manor Retirement Center in Louisville, Kentucky on August 16, 2022. Vi was born in Rogers, Arkansas to the late Ruby and Della Robinson. She married Virgil Leon Guinn on September 23, 1950. They moved to Kansas City, Missouri and eventually settled in Raytown, Missouri. They were married for 48 years until Virgil’s death in 1999.

Vi worked as a telephone operator for Southwestern Bell in the 1950’s. She took twenty years away from the workplace to raise her two sons, Douglas, and James. She returned to the workforce in the late 1970’s as an administrative assistant at The McMurry Company. Her last place of employment was at Halls Department Store on the Country Club Plaza in Kansas City where she sold ladies apparel. She was a top salesperson during her tenure there.

Vi was a longtime member of Blue Ridge Presbyterian Church serving in many and various roles, including elder and deacon to name just a few. She was on the Board of Directors of the Rice-Tremonti Home in Raytown for many years. She enjoyed reading and visiting with friends.

Along with her parents, Vi was preceded in death by her husband Virgil, son Douglas, sister Lillian, and brothers Alf, Bob, John, and Louie.
Vi is survived by her son James and daughter-in-law Sohila.

A private funeral service and entombment will take place at Floral Hills Cemetery in Kansas City.