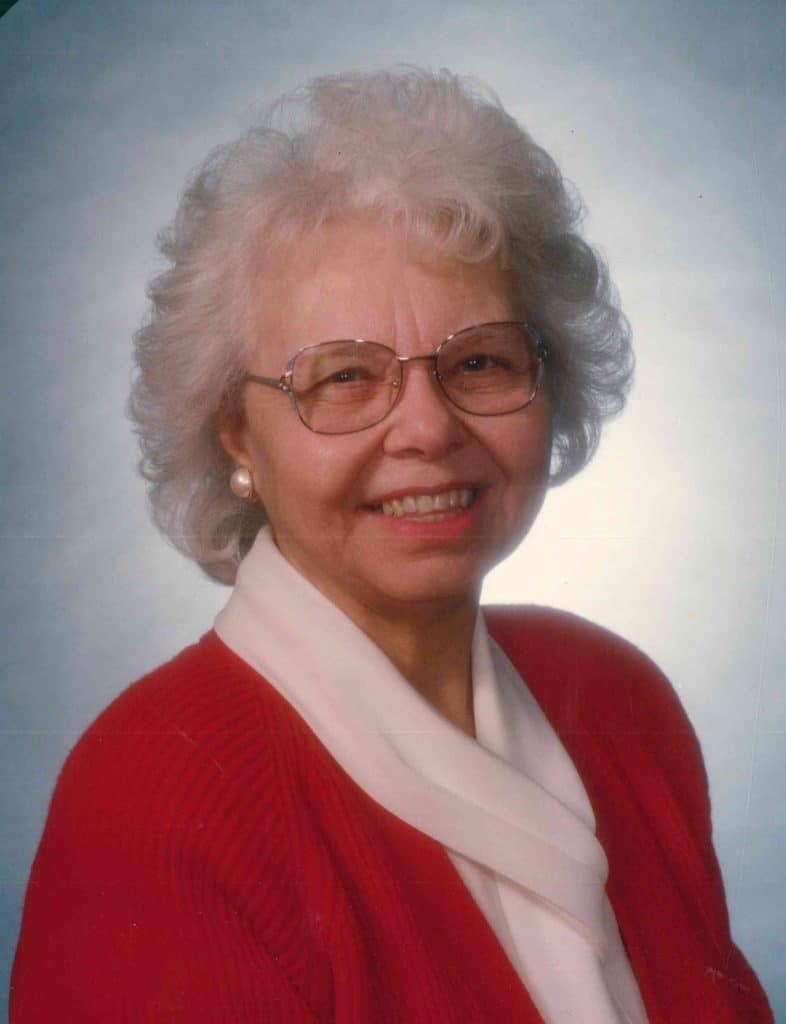 Virginia Marie Thorson was born on December 4, 1930, to Carl H. Thorson and Ruby B. Euston Thorson in Kansas City, MO. She passed away peacefully at home September 4, 2022, with her daughter Karen by her side.

Virginia attended Greenwood Elementary and graduated from Central High School in 1947. After graduation, she started her career in the Commerce Bank Trust Department in Kansas City. She left in 1962 just prior to Karen’s arrival and the beginning of the next chapter in her life.

In 1950, Virginia married the love of her life, Pierson Crabtree, Jr. in Kansas City, MO. They had a 40-year partnership of love, friendship, loyalty, honesty, trust and commitment.

Pierson and Virginia owned several businesses throughout their marriage and forged lifelong friendships with clients, customers and staff. They sold their last company, Whitetree Inc. in 1987 which they had built side by side. They looked forward to early retirement and enjoying favorite pastimes of collecting vintage Pontiacs, car shows and road trips with their car club. They also enjoyed fishing, boating, morel hunting, Vegas trips and their lake home and they especially loved spending quality time with family and friends.

In 1990, Virginia entered another career phase working for Venture Industrial Products and remained there until a serious car accident in 2012 forced her into her final career retirement at age 82. She considered that an “early” retirement as she hoped to stay working until her 90th birthday, saying work kept her young. She thoroughly enjoyed her time there and the people she worked with.

Virginia was a member of St. Mark’s Lutheran Church in Kansas City. She was baptized, confirmed and married at St. Mark’s. She was also a member of the Greenwood Girls, a group of 16 girlfriends from grade school who met once a month for lunch and shopping. Virginia was one of the last two surviving members of the GG’s. She also regularly attended Shepard Center in Lee’s Summit with her sister Marian until Covid forced them to stop attending but new friendships had been made and were cherished.

Virginia was a devoted wife, mother, daughter, sister, aunt, cousin, friend and employer. She was a Brownie and Girl Scout Leader at Our Lady of the Presentation and Room Mother and Librarian at Westview Elementary School. She was a Sponsor, Assistant Manager and League Scorekeeper for Lee’s Summit Powder Puff softball as well as Sponsor for Lee’s Summit Women’s and Coed Softball Leagues. Virginia cherished the friendships made with Karen’s friends and their parents from Scouts, School and Softball. She loved seeing them and hearing about their lives as they grew into adults with their own families.

Virginia, loving known as “GiGi” to her family, is survived by her daughter Karen, her “baby” sister and brother-in-law Marian and Lyndell Stone, three nieces, who were also her goddaughters and who she loved dearly and was extremely close to, Nancy Stone, Debbie Stone and Janice Shelton and her husband Steve. They all loved and treasured their Aunt GiGi and always included her in every aspect and activity of their lives which she loved. She looked forward to day long family gatherings with dinner, dessert and Dominos or cards. GiGi is also survived by her great niece, Lauren Dodge and great nephew, Patrick Stone, who were more like grandchildren to her. One of her greatest joys in life was being able to be like a grandmother to her great niece and nephew, she was always keen in being involved in their lives starting from a young age, throughout college and their marriages. Virginia also leaves behind her niece Kathy Riedel, nephews, Bill Crabtree and Larry Crabtree, her godchildren, Ashley, Ross and Ben and her fur grandbabies Rocco, Katie and Sassy, who miss her terribly.

Virginia left a lasting impression on everyone she met. She was caring, loving and full of grace. She made life better and brighter for those around her and she truly was an angel on earth.

When you see a Ladybug. Think of Virginia.

It is Virginia’s wish, due to Covid concerns, that a private service be held. She will be interred beside the love of her life, Pierson.