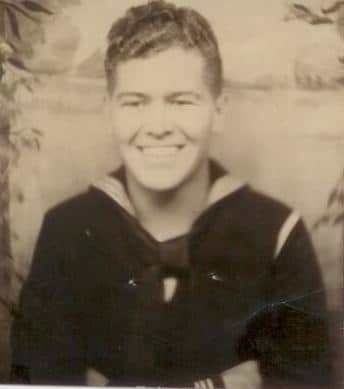 Wayne Douglas Breneman was born February 3, 1928 near Vandalia, MO and passed on to his eternal reward March 26, 2013 at the Mexico Veterans Home.  When asked his age he always replied he was 49 and doing 199 and two tenths, although he was actually 85.  His beloved parents were Glen and Estella (Johnson) Breneman and he was raised on a farm outside of rural Laddonia with his younger brother Randall and two younger sisters, Alice Fay and Norma Jean.  He and his brother Randall helped their Dad farm with the help of two Belgian horses.

He is survived by his wife of 63 years who were married October 8, 1949 at the home of her grandfather, Marshall Moore of rural Perry, MO.  They are the proud parents of three sons and their wifes, Tyler Wayne and Vicki, Clifford Glen and Rhonda and Tawn and Maureen.

Wayne enjoyed telling tall tales such as having to fight a bear getting to school at Bear Branch.  Each grandchild listened to these stories with awe until they became old enough to know better.  These grandchildren are Katie Breneman, Randall Breneman, Jennifer Breneman Gelder, Lance Breneman, Vincent Breneman, Staci Jean Breneman and Spencer Breneman.  Wayne had three Great Grandchildren.  Gracie, Ella and Jackson Gelder.  Also surviving Wayne are his two sisters, Alice Faye Boeckman and Norma Jean Galloway.  He is preceded in death by his parents and three brothers, Gerald, Francis, Leland and Randall Breneman.

Wayne always said the Lord had given him the best family in the world which includes sisters-in-law, brothers-in-law and nieces and nephews.  At the age of 18 Wayne enlisted in the U.S. Navy and served aboard the U.S.S. Springfield from April 1946 to March 1948.  His tour of duty was in the South Pacific and when it was over he remained in the Naval Reserve from 1948 to 1950.  He loved his Lord, his family and his guitar.