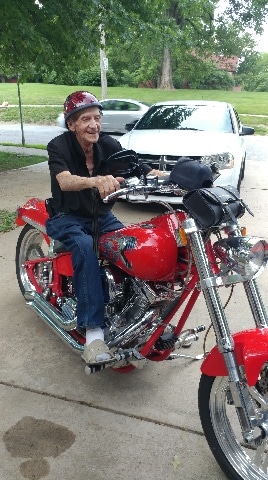 Wayne P. Mullins, 95, of Kansas City, Missouri passed away March 12, 2018 at home. Mr. Mullins was born April 3, 1922 in Kansas City, Missouri to Merle Finch & Darty Mullins. Wayne was a disabled veteran: who proudly served in both the Army and the Air Force, between 1941-1950, who had many friends at American Legion Post 1000, and at the Elks Lodge 2088, where he was a member for 32 years. He loved to fish, travel, garden, dance, and spoil animals – as well as his many nieces and nephews.

Memorial contributions are suggested to The American Legion Post 1000 or Elks Lodge #2088.