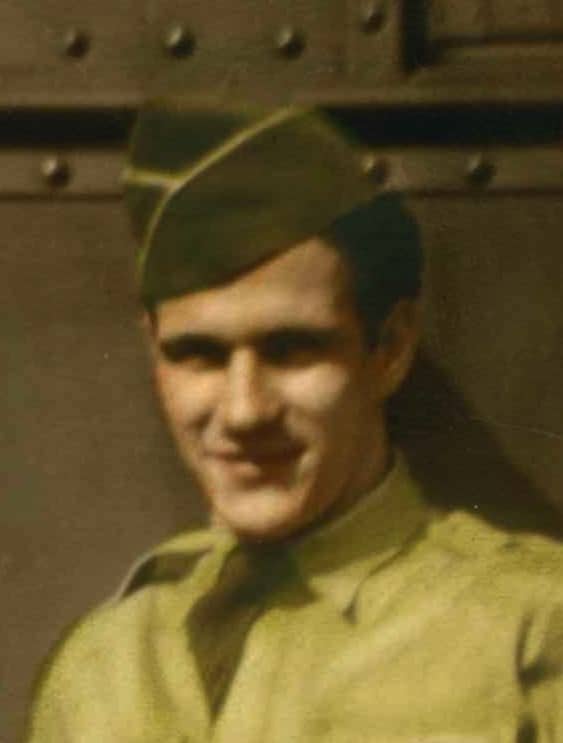 Werner Lindy Laval, was born August 26, 1928 in Kansas City, Missouri; he passed away at home in Raytown on July 27, 2014 following a brief illness. The youngest of five children, Lindy was the son of Louis and Hedwig (Siegrist) Laval. He graduated from Paseo High School, and from November 1950 through August 1952, honorably served as a Sergeant in the United States Army during the Korean Conflict.  He returned to civilian life as a plasterer’s apprentice and made plastering his lifelong career.  He leaves a legacy of fine craftsmanship in commercial buildings and residences throughout the Kansas City area. At his leisure, Lindy enjoyed attending barbeque competitions, league bowling, and golf. He made a hole-in-one at the Teetering Rocks Golf Course on July 25, 1992.  Lindy was a member of the First Baptist Church of Raytown for 54 years.  He was preceded in death by his parents, brothers Louis, James and Calvin; sister Mignon Russell and a son, Kevin.  Lindy is survived by Helen, his wife of 60 years; son, Kyle; daughter, Denise (Edward) Hilligoss; granddaughters, Emily (Cassady) Hilligoss-Toles, Elizabeth Hilligoss and Carrie (Ezra) Firestone. There will be a visitation from 10:00-11:00 AM, Friday, August 1, 2014 at Missouri Funeral Care, 6113 Blue Ridge Blvd., Raytown, MO 64133, followed by a funeral service at 11:00 AM. Graveside services will be held after the funeral at Memorial Park Cemetery in Kansas City. In lieu of flowers the family suggests charitable donations to The City Union Mission, The Salvation Army, St. Luke’s Hospice, or a charity of your choice.