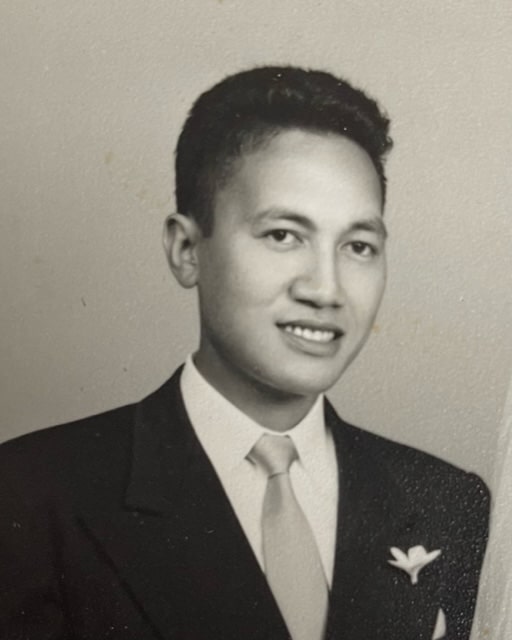 Willard Ah Mu, Sr., age 89, of Independence, MO, slipped peacefully through the veil in the early morning hours on Thursday, July 21, 2022, in his home, surrounded by family who loved and cared for him.

His funeral service will be held at 11:00 AM on Saturday, July 30, 2022, at The Church of Jesus Christ of Latter-Day Saints’ Stake Center, 705 West Walnut Street, Independence, MO 64050.  Funeral flowers may be sent to the church or purchased FLORAL ORDER LINK.

He moved to New Zealand with his parents and siblings to gain a better life. This would also prove to be the place where he would eventually meet the love of his life, Anna Laurenson.

Willard and Anna were married in 1958 and began their family life in Hamilton, New Zealand. They were blessed with five children, three sons and two daughters. Life was good in New Zealand, but it was Willard’s dream to eventually bring his family to the United States.

In 1968 they would all move to Hawaii. There, they were blessed with another daughter. Again, he felt prompted to move his family from Hawaii, due to the high cost of living, and the way of life. He wanted more for his family.

After travelling to different places to decide where he wanted everyone to move, he finally settled on Missouri. He came to Missouri to start a life. In 1971, his wife and six children would move there, and they would all settle in Independence. In 1972, they were again blessed with a daughter. And in 1977 they were blessed with a special son, that they would have to wait till eternity to get to know. Willard’s family was his pride and joy. Even with setbacks and heartache, life was good in Missouri!

Willard was an industrious hard worker. He was a welder by trade. In Missouri he worked for both (at different times) GM and Delco (a subsidiary of GM), eventually retiring from Delco. He was a dedicated employee. He was creative, innovative, and mechanically inclined. He would offer suggestions to the company to help make things run smoother, often creating the “prototype” to demonstrate how it could be accomplished. He worked hard to provide for his family.

Brother Ah Mu was a lifelong member of The Church of Jesus Christ of Latter-Day Saints, born to “goodly parents” in Samoa. As a young adult he served as a labor missionary in New Zealand helping build the Church College of New Zealand and the Hamilton, New Zealand Temple. At the time of his passing, he was a member of the Blue Mills Ward in the Independence Stake. He held many callings in the Church, including that of Elder’s Quorum President, Temple Ordinance Worker in both the St. Louis and Kansas City Temples, and Stake Patriarch. He had a wonderful voice and would often sing solos. It can be said that Brother Ah Mu was a dedicated servant of our Lord and Savior Jesus Christ and continues to be even in death.

Willard is preceded in death by his beloved wife Anna and sons Anthony and Benjamin. His survivors include, Willard Jr., Melvin (Kim), Mary (Gordon) Corcoran all of Independence; Mellaine (Michael) Burris of Gladstone; Asenath (Bryan) Morby of Lee’s Summit, and Adenia Ah Mu of Gilbert, AZ.

He was known as “Grandpa Mu,” to twenty grandchildren, great-grandfather to twenty-one (and counting) great-grandchildren, the youngest and newest being Quinn Frances Tala Burris. She was his FaceTime buddy. He was also known as “Uncle Willard” to many nieces, nephews, and cousins.

Out of sight for a moment, but never out of heart and mind. Manuia lau malaga Daddy! 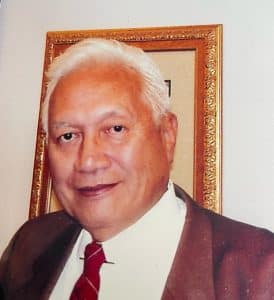