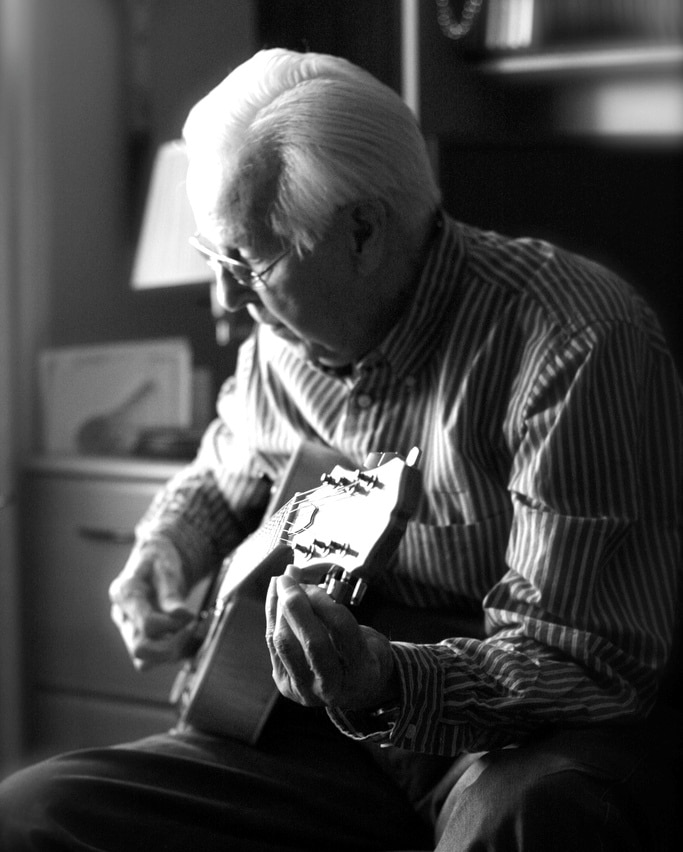 William ‘Bill’ Moss, 96, Kansas City, Mo, passed away June 30, 2016 at the Kansas City Hospice House. A celebration of his life will be held from 1-3 PM on Wednesday, July 6, 2016 at Heartland Cremation, 6113 Blue Ridge Blvd., Raytown, Mo 64133. William was born February 20, 1920 in Carthage, Mo to Amos and Ila Moss. He was the youngest of 8 children. He attended and graduated from Carthage High School in the late 1930’s. Following graduation he honorably served in The United States Navy during WWII. He enjoyed a career in sales, selling almost anything, but his passion for music led him to own and operate Moss Magnavox, with his late son, Alan. He enjoyed sports, especially tennis, and his local favorites the Chiefs and Royals. William was preceded in death by his parents, 7 siblings, 2 sons, Mark and Alan Moss. William was married to Beatrice (Bernauer) Moss, mother of his six children and later in life to Nadine Moss.  Both preceded him in death. He is survived by 4 children; Elizabeth (Dave) Caldwell, Judy (Jim) Hayes, Debbie McKinzey, and John Moss, daughter-in-law Susie Moss, 3 step-daughters, 8 grandchildren, 14 great-grandchildren, 2 great-great grandchildren and a host of loving nieces, nephews, cousins, friends and further extended family. The family would like to thank Brenda Crow for the comfort and care given to William. He was a beloved husband, father and grandfather, and will truly be missed.