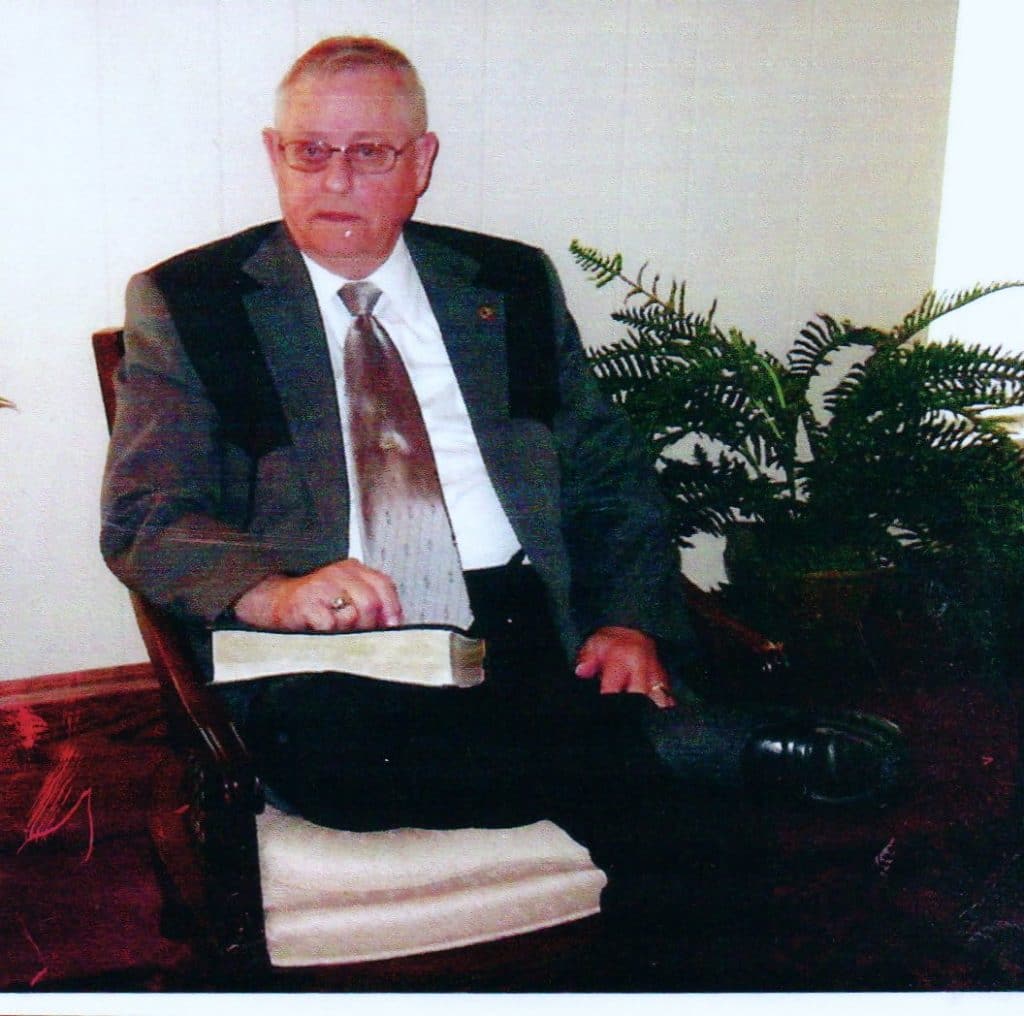 William Carl DeFreece, son of Roy and Margie Defreece, was born April 20, 1935 on the family farm 4 miles west of Cross Timbers, Missouri. He departed this life on July 23, 2017 in Independence, Missouri, surrounded by his loving family. Carl started school in September 1941 at Hartville School. Later in September the family moved to Redlands, California where Carl finished his first year of school. In April 1942 the family moved back to the farm in Missouri and Carl attended school for 11 years at Cross Timbers, where he only missed 1 day of school. Carl loved to play basketball and played his sophomore, junior and senior years of School. He averaged 18 points per game with a high game of 48 points!

In August of 1947, during a revival meeting at South New Home Missionary Baptist Church, Carl felt the draw to seek the Lord for salvation and on that Saturday night he received the Greatest Gift Man can receive, Peace with God.

In November of 1953 while working on a farm a mile south of Marshall Junction, Missouri, Carl heard God’s call to preach his word. In July 1963 Carl stood and publicly acknowledged God’s call to the gospel ministry and began preaching God’s word the next night. On May 26, 1956 Carl was united in marriage to Mary Ann Pippins and to this union three children were born; Randy Carl, Gayland Duane and Cynthia Kay.

Carl and Mary lived their life in the Kansas City, Missouri area even though Carl pastored churches in Hickory, Benton and Morgan Counties and helped with revivals in Dallas, Hickory, Camden, Polk, Cedar, St. Clair, Benton, Morgan counties and the states of Kentucky and Tennessee.

Carl was preceded in death by his parents Roy and Margie DeFreece, two brothers Alvin Ray and Alva Lee DeFreece, one sister Opal May Thompson and son Gayland Duane DeFreece.

Anyone who visited Carl recently knows his parting words WERE always… If I don’t see you anymore down here, I WILL MEET YOU AT THE HOUSE!