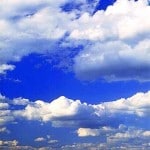 William Eugene Lewis, 47, of Columbia passed away August 29, 2015. A private family memorial service will be held. William was born on May 26, 1968 in Shreveport, LA to Robert and Janie (Haynes) Lewis. William was a documentary film producer and editor. Survivors include his wife, Deborah; two children, Elaura and Ripley Lewis both of Columbia as well as a sister, Kelly Martin of Phoenix, AZ.