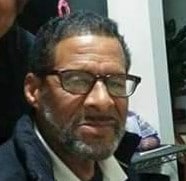 Mr. Williams was born of August 4, 1952 in Ft. Smith, Arkansas to William Williams, Sr. and Clementine Johnson Williams. He attended school at Central High School in Kansas City, Missouri. William took up the welding trade and became a welder and was employed by Trailmoble and Alischambers, each for ten years before working for the Kansas City department for eight to ten years.

He was preceded in death by his father, William Williams, Sr. and step-father Perry Taylor.

The family would like to thank everyone for all the love and support.