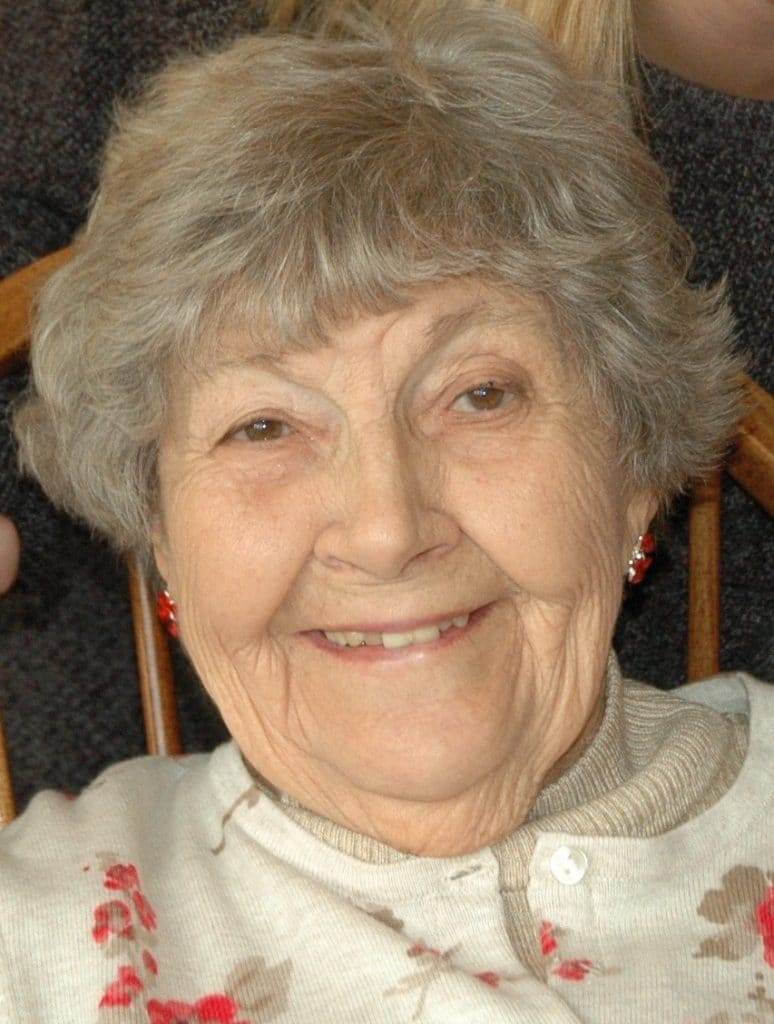 A memorial service will be held at Alive In Christ Lutheran Church 201 Southampton Drive Columbia, MO 65203 on Friday, March 17, 2017. Visitation will be at 10 am followed by the service at 11 am.

Wain was born in Sedalia, MO on October 21,1926 to Karl Henry Brosing and Emelene (Griffith) Brosing. She grew up on Lake Tebo, outside of Sedalia with her sister Lucia Lee Brosing Rider and brother Karl Griffith Brosing.

Wain was a 1946 graduate of Smith-Cotton High School in Sedalia. She attended business school before working in Sedalia at Pittsburg Corning and later at the Probate Court in Kansas City, MO.

Wain married Walter “Sonny” McClure in Sedalia on November 1,1957. They ran a grade A dairy and farmed together while raising their family. She was active as a volunteer at her children’s schools. She had a heart for children who were less fortunate, and volunteered as a reading tutor in the public schools.

She was baptized and a member of New Bethel United Methodist Church in Sedalia. Wain was active in United Methodist Women and served on the cemetery board there. In 2007 Wain and Sonny moved to Columbia where Sonny passed away shortly after celebrating their fiftieth wedding anniversary. She then became a member of Alive In Christ Lutheran Church.

Wain was also preceded in death by her brother, Karl Griffith Brosing and her son Walter “Wally” McClure.

Wain had a bright, inquisitive mind. She was an avid reader and enjoyed writing poetry and limericks. She loved baking and was a master pie maker. Much to Sonny’s dismay Wain collected many stray animals making them cherished family pets. She never knew a stranger and opened her home and heart to many offering hospitality and a good home-cooked meal.

Wain’s sense of humor and ever present smile were her hallmarks, despite many trials and losses in her life. She had a humble attitude and many have remarked on her selfless, gracious and grateful spirit. She touched countless lives and will be deeply missed.

In lieu of flowers the family requests contributions be made to Alive In Christ Lutheran Church or Central Missouri Humane Society.