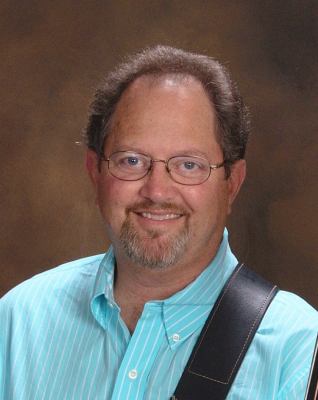 Dr. Scott Prowell, while surrounded by loved ones at his home, left this life and experienced complete healing in Christ’s presence on Monday evening, July 9. He courageously battled cancer for over three years and was 57.

Proud parents, Dr. Clint and Sharon Prowell welcomed Scott into their Kansas City, KS home on August 8, 1960, joining his older sister Pamela.  The family later moved to Kansas City, MO and then to Stanley,KS where Scott graduated from Blue Valley High School in 1978. Following in his father‘s footsteps, Scott became a chiropractor and together, their clinic served the needs of patients in the Waldo area for many years.

Early on, Scott’s extraordinary talent and love for music was evident.  He began by learning the acoustic guitar and later mastered the banjo, mandolin and other stringed instruments. Whether playing country, bluegrass, rock ‘n’ roll or gospel tunes, Scott loved playing in a band with friends and family. After playing in his first band, J County, and then the Smoky Hill Band, Scott enjoyed playing with Spontaneous Combustion for over 20 years. He was also invited to be a guest performer with other local bands.

About 10 years ago, Scott formed The Prowell family band with his wife Cynthia, and daughters, Sadie and Emma. For their last tour and CD, they became known as Sadie and the Prowlers.

Faith was an important part of Scott’s life. He often participated in the music ministry at Central Church of the Nazarene and Ridge Community Church. From 2007 through 2013, the Prowell family traveled across the U.S., volunteering with RVs on a Mission (ROAM). Scott used his carpentry skills at many Christian youth camps as well as several church building projects. He learned these skills from his Grandpa Bruce and while he worked construction during college. When the family transitioned to full-time concert ministry, they performed over 100 concerts a year of gospel and bluegrass tunes, mostly original. This continued until early 2015 when Scott became ill and was diagnosed with lung cancer. During his treatment there were times when Scott regained his strength and found great joy in being able to play music again.

Scott was completely devoted to his family and friends. He loved spending time doing things together–from horseback riding, to skiing, playing games , to travelling,  laughing, and of course eating a good family dinner! He was gentle and loving in all things, quick to laugh and slow to anger.

He was preceded in death by his father, Clint Prowell, and is survived by his mother Sharon, wife Cynthia, sons Justin and Bryan, and daughters Sadie and Emma and sister Pamela. He was “Papa Scott” to granddaughter Bella. Although all who knew Scott will greatly miss him, he made it impossible to forget him.

Friends and family can remember and celebrate Scott‘s life at Central Church of the Nazarene in Lenexa, KS at 4PM on Wednesday, July 18. Following the service, all are invited to the church fellowship hall for a music jam and meal. Stay and play or just visit and listen. Bring your instrument and a dessert to share.