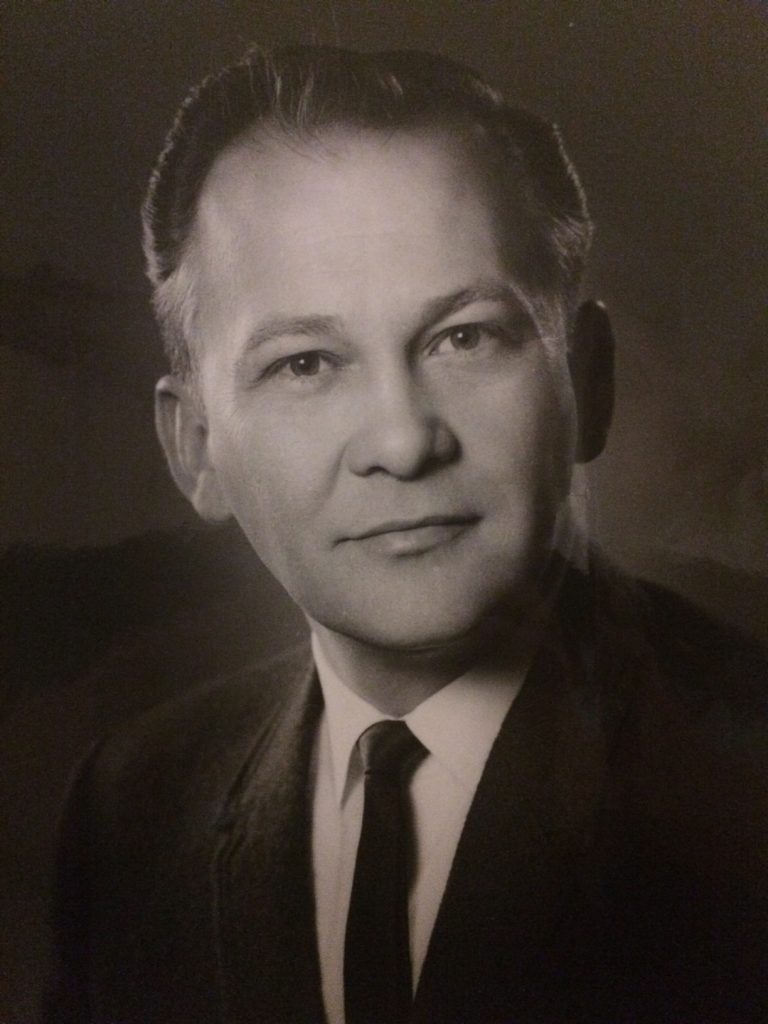 Eugene Owen Pummill, 89, of Independence, Missouri, passed away Wednesday evening, January 8th, 2020, at home surrounded by his loved ones.
Gene was born December 21, 1930 in California, Missouri to Clarence and Florence (Owen) Pummill.  He graduated from California High School in 1949, where he was a member of the basketball team. Gene was a Southern Baptist, attending the First Baptist Church in California, Missouri and Bethany Baptist Church in Kansas City, Missouri. Gene served as a radio operator in the United States Air Force from 1949 to 1952 during the Korean War, mostly stationed in Japan.  After his military service, Gene worked at the Stuart Hall Company in Kansas City, Missouri, his entire career, retiring as Plant Superintendent in 1994.  Gene was an all-around athlete and accomplished golfer.  He belonged to the Fred Arbanas Golf Club at Longview Lake where he became a marshall after his retirement.  Gene was a woodworking craftsman, building beautiful grandfather clocks, mantle and wall clocks, tables and various pieces of furniture.
Gene was preceded in death by his parents, and siblings Helen Bolin, Bernice Hill and Franklin Pummill.  Gene is survived by his partner of 25 years, Jo Ellen Hughes, of the home; daughter, Toni (Pummill) Pine and husband David of Blue Springs, Missouri; grandson, Joshua David Pummill Pine of Blue Springs, Missouri; and, Jo Ellen’s children, Todd and Lora Hughes; Jill and Brian Pierson, and grandchildren Kaylee and McKenzie Hughes; Brett, Raegan and Taylor Pierson all of Carrollton, Missouri; and Gene’s nephew’s John Hill and wife, Cindy; Rex Hill and wife, Sara of California, Missouri and their children and grandchildren.
Following cremation, a memorial service followed by interment will be held at Missouri Veterans Cemetery, 20109 Business MO-13, Higginsville, Missouri 64037 on Monday, January 27, 2020 at 10 AM.
In lieu of flowers the family suggests donations be made to Kansas City Hospice, 1500 Meadow Lake Pkwy, Ste 200, Kansas City, MO 64114.  Donations can be made at website – kchospice.org.  The family extends warm thanks to the Gold Team members of Kansas City Hospice  for their devotion to Gene’s care and comfort.