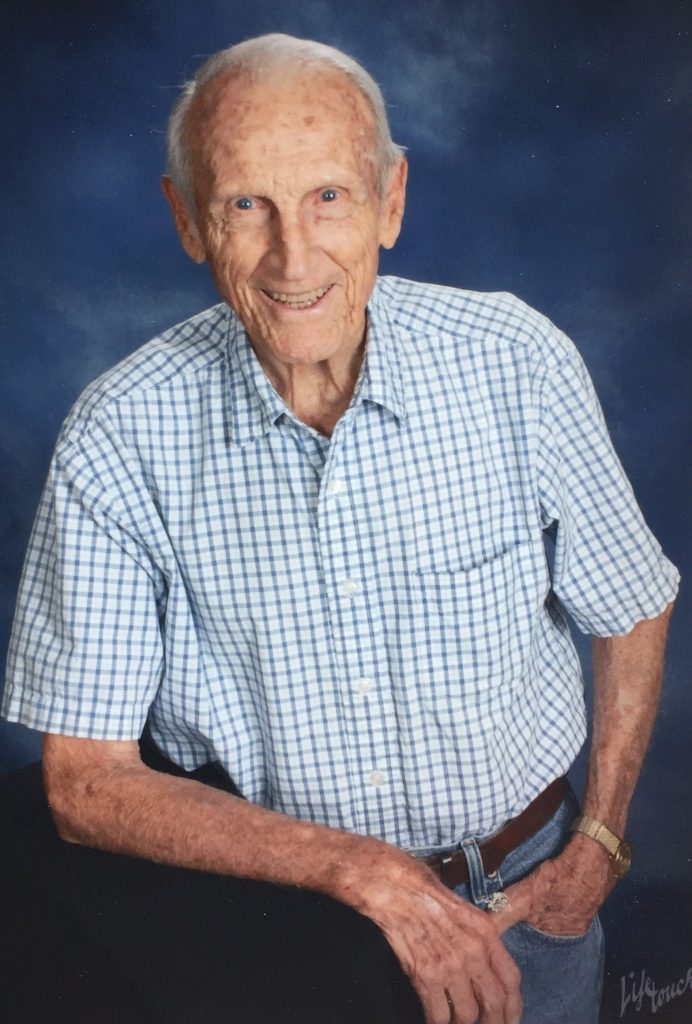 GB was born October 23, 1921 in Kansas City, Missouri to Mary Casey and Garland Whitsitt, Senior. He graduated in 1942 from Drake University in Des Moines, Iowa. He immediately joined the Army Air Corp. During his training in Pullman, Washington, he met and married Lillian Harper whom he always referred to as the “love of his life”.

He served his beloved country in World War II in the 446th Bomber Group as a navigator and radio operator, performing 52 missions over Germany.

In 1946, he returned to his wife Lillian and started working in the insurance business. Two years later he joined Dun & Bradstreet where he worked for 32 years. In 1968, he and his wife Lillian bought a farm and moved from Kansas City to Gallatin, Missouri. After his wife’s passing, GB returned to the Kansas City area in 1978. He was later married Charlene Smedley for 10 years and enjoyed touring Europe with her during his year as the District Governor of Rotary International. He continued working in a variety of sales jobs, keeping active in business until he was physically unable to continue. GB never had any intentions of retiring.

GB was an active community member and church man. He was a Sunday School teacher for most of his life, a deacon, an active Rotary Club member, hospital board member, Dale Carnegie Teacher, Nelson Atkins Gallery guide and assistant, and a Red Bridge Tennis Club member.

In lieu of flowers, memorial contributions may be made in his name to Susquehanna Baptist Church or One Community Hospice.