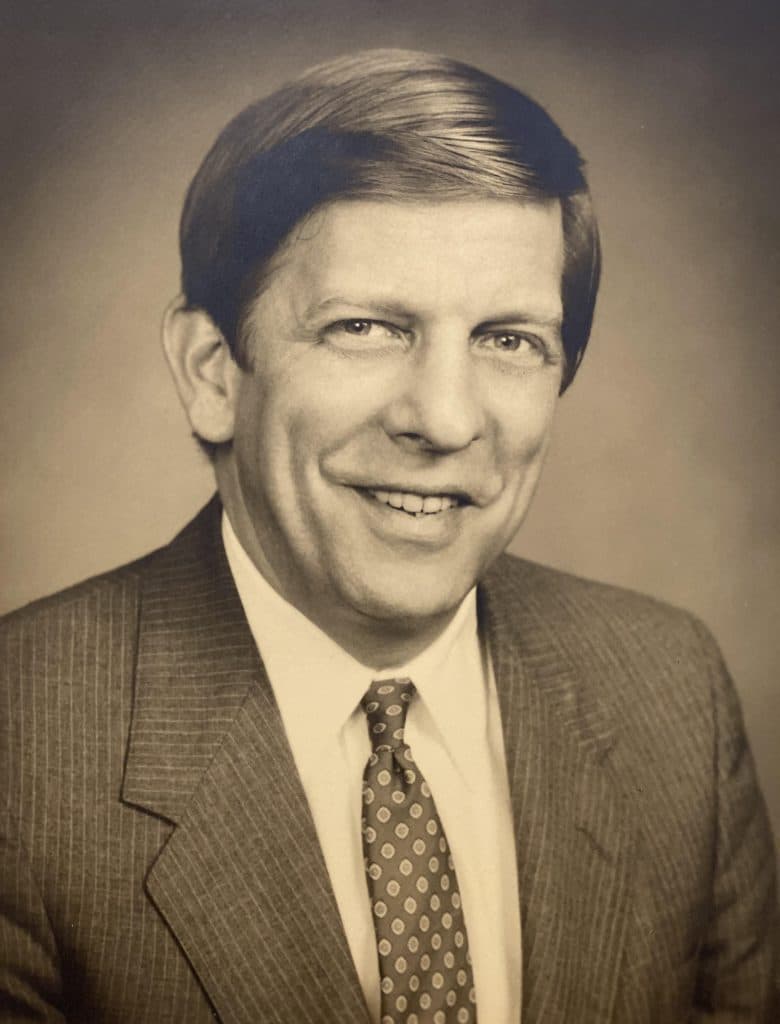 A. Robert Teresko, surrounded by family¸ passed peacefully on 10/7/22 at age 82. He never lost his sense of humor right up until his last day. Bob always felt humor was the universal solvent against the abrasive elements of life.

During his tenure as CEO and Board Chairman for Beverly Bancorporation, he was featured on the cover of U.S News and World Report for signing a Community Reinvestment Act agreement allocating $20M for community lending. As Beverly Bank President, he expanded the bank by building suburban branches.

Bob loved to fish. Always trying to land that elusive walleye in Wabakimi Lake on his annual Ontario trips. Sometimes he was just looking for the perfect spot to fly fish for trout. Bob’s love for poetry and art expanded throughout his life.

He was an active board member at St Xavier University, Morgan Park Academy, and Beverly Art Center among many others. A long-time member of Infant Jesus of Prague Parish, Bob was active in the Flossmoor community as a Village Trustee, Boy Scout Leader, Flossmoor Baseball Coach, and Flossmoor Volunteer Fire Department.

One morning, we noticed his leg was bandaged up and asked what happened? He said, “I might be a few minutes late for work today”. The night before he was working a fire and after the family was safely outside, they realized the family dog was still inside. Bob ran back into the fire. When he was carrying the dog back to safety, the stairs gave way, and he fell through the stairs. With his department’s help, he made it out and so did the dog.

I worked in a bank. You know it’s just papers. It’s not real. Nine to five lookin’ at numbers. But I can look back and say, “I helped put out a fire. I helped save somebody.” It shows something I did on this earth. -Studs Terkel, Working

In lieu of flowers, donations to the Flossmoor Volunteer Fire Department Corporation in his memory would be greatly appreciated. http://donate.fvfd.org